The German refused to offer an opinion on his old club’s links with the midfielder, insisting he doesn’t “talk about players of other coaches”

Chelsea boss Thomas Tuchel shut down a question on rumours of Dele Alli being in line for a move to Paris Saint-Germain ahead of his side’s clash against Tottenham, responding to a reporter by asking: “Are you at the right press conference?”

Tuchel was relieved of his managerial duties at PSG after two years at the helm in December, despite having guided to the club to first ever Champions League final in 2019-20.

Former Tottenham boss Mauricio Pochettino was swiftly drafted in as the German’s replacement, but he didn’t have to wait too long before landing his next high profile role.

Chelsea took the decision to part ways with Frank Lampard on January 25 before turning to Tuchel, who took charge of his first game at Stamford Bridge against Wolves two days later.

The Blues were held to a 0-0 draw in that fixture, but earned their first three points under the new head coach against Burnley on Sunday, with goals from Cesar Azpilicueta and Marcos Alonso sealing a 2-0 win.

Tuchel is now preparing his squad for a London derby against Spurs, who will still be able to call upon Alli after the midfielder was unable to secure a move away from the club in the winter transfer window.

Alli had been tipped to join PSG on loan amid a lack of playing time under Jose Mourinho, with reports suggesting that the 24-year-old was eager to reunite with Pochettino in France.

Tuchel was quizzed on the saga at a pre-match press conference because of his previous affiliation with the Ligue 1 club, but refused to be drawn on an issue which he says is none of his concern.

“Are you at the right press conference?” he said in rebuttal to the journalist’s enquiry. “Are you sure? I will not answer that.

“I was happy to answer about Harry Kane [and his injury-enforced absence] because it is an honour for me to speak about him being one of the best players but with everything else, for every other player, I want to show respect and not talk about players of other coaches. We stick to our team, thanks.”

The Blues are currently level with Tottenham in the Premier League standings on 33 points having played a game more, but can move to within three of fourth-placed Leicester City in the race for Champions League qualification by picking up an away win against Mourinho’s side.

Tuchel will then look ahead to an encounter with bottom-of-the-table Sheffield United on Sunday, before Chelsea’s focus switches to their FA Cup fifth-round tie against Barnsley. 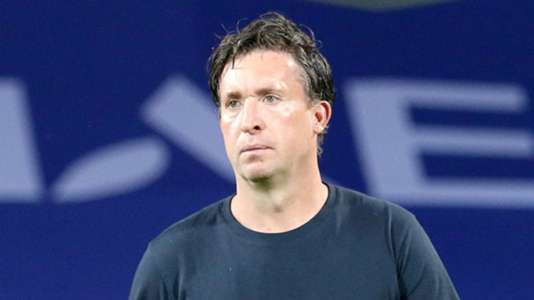