The Brazilian does not think the top-flight trophy is out of the Gunners’ reach just yet, despite the fact they are sitting 10th in the table

Arsenal still have an outside chance of winning the Premier League title, according to David Luiz, who says “anything can happen” in the second half of the season.

After winning an FA Cup and Community Shield double last summer, Arsenal were sent crashing back down to earth in the first half of the 2020-21 campaign.

Mikel Arteta had been backed to guide the Gunners back into the Champions League after delivering two trophies, but has instead seen his team struggle for consistency amid an intense fixture schedule.

The north London outfit have fallen to 10th in the top-flight standings after 22 games, 16 points behind leaders Manchester City and nine behind fourth-placed Liverpool.

Arsenal suffered their ninth defeat of the season away at Wolves on Tuesday, and have also suffered an early exit in the FA Cup, with the Europa League now their most realistic hope of silverware come May.

Luiz acknowledges as much, but he refuses to rule the Gunners out of the title picture completely due to the fact there are still plenty of points up for grabs over the next few months.

“Now it’s about fighting for the two titles that are still on,” the defender told ESPN Brasil.

“Of course, the Premier League has this very distant gap. It’s impossible? No. But knowing our reality.

“Knowing that we are in a much more difficult reality than the teams that are up there. But also knowing that we play in the most disputed, most difficult league in the world, where 10 points suddenly in a month become one, two or zero. Anything can happen.”

Luiz added: “I think even more after these many changes that the pandemic caused on a physical level, level of change, adaptation and other things.

“All the clubs are a little messed up and the results can fluctuate in several ways that still give us the awareness that we can also fight for the Premier League.

The Brazilian was sent off during Arsenal’s loss to Wolves and will miss their next outing against Aston Villa through suspension after the club’s appeal against the red card was rejected on Thursday.

Thu Feb 4 , 2021
The move should act as a morale-booster for the players before the top-flight resumes after a short January-February break Ugandan Premier League side Onduparaka FC have entered into a Ush625 million partnership with betting firm Aba Bet. The gaming firm has secured the shirt sponsorship rights of Onduparaka and the […] 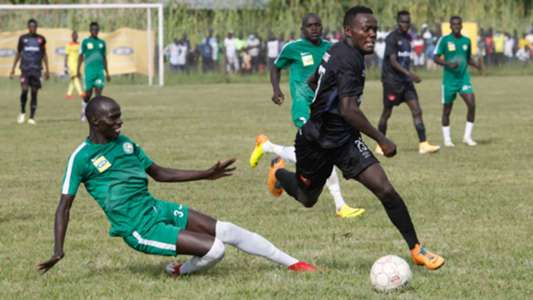