ATK Mohun Bagan coach Antonio Habas underlined the importance of scoring the first goal as it then allows the team to play in a more organised fashion.

The Kolkata outfit have won five out of their seven matches with a 1-0 scoreline in the seventh edition of the Indian Super League (ISL). They also have the second best defence in the league with only five goals conceded in 12 matches.

“It is always to important to score, be it in the last minute or the first minute. It is important to score first. Then we can play more calmly and in an organised manner. I am very happy with the scoreline (1-0),” said Habas.

In their last match against Chennaiyin FC, David Williams scored an injury-time header which helped them clinch three vital points. However, they did lose Subhasish Bose and Edu Garcia to injuries in the previous outing.

“I think we played well for 90 minutes against Chennnaiyin. The boys understood that we needed to win. We changed the system of how we play and that might have influenced the score,” he observed.

Next up for ATK Mohun Bagan are NorthEast United whom they defeated by a 2-0 score-line last time around. However, Habas refused to take Khalid Jamil’s side lightly as he believes that they have some good players in their ranks.

“In football, no two matches are the same. It was one competitive match. We are not over confident because we won that one. We have due respect for NorthEast and we have to be at our best to win the match.

“They are a difficult opponent. They have good players and they will make it difficult for us,” he pointed.

ATK Mohun Bagan trail ISL league leaders Mumbai City FC by five points and Habas diplomatically stated that he isn’t sure which teams would qualify for the play-offs as there are a lot of matches left in the league season.

“I don’t know where we will finish. I can’t say which clubs will qualify for playoffs. We have many matches left and it is not possible to say anything.

“We have to wait for the final standings. In football, there is not just one determining moment. We have to continue with our plan. We have to win match after match. This is our philosophy,” he answered.

Mon Jan 25 , 2021
The former Blues manager believes a man he worked with at Stamford Bridge is capable of proving himself in the most demanding of roles Frank Lampard knows that a £200 million ($274m) spend at Chelsea will determine whether or not he remains at the helm, says Guus Hiddink, with the […] 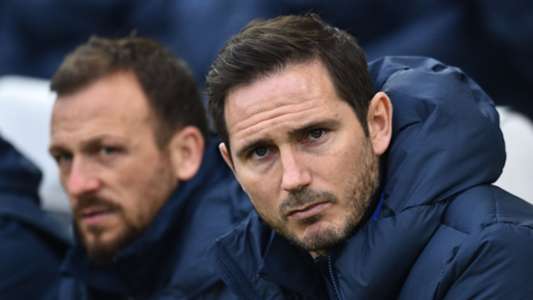