ATK Mohun Bagan’s five-match winning run came to an end on Monday as they were held to a 2-2 draw by a 10-man Hyderabad in an Indian Super League (ISL) clash.

Hyderabad were down to 10 men in the fifth minute of the match when Chinglensana Singh was sent off for a foul on David Williams. Despite playing with a man less, the Nizams were in the lead until the 93rd minute when Pritam Kotal netted the equaliser.

Coach Antonio Habas was not particularly pleased that his team could not get the three points despite having more men on the pitch for the majority of the match.

“Today we wanted to get the three points and win the league,” said Habas. “Maybe a little disappointed with the performance of the team, as we had the numerical superiority. But we have to recover the team and continue to play well in the final match against Mumbai City.”

Habas did not think that the draw against Hyderabad made things complicated for his side in their pursuit of the League Winners’ Shield as he suggested that Mumbai still have to play Odisha and anything can happen in ISL.

The former Bolivia national team coach mentioned that his team were not in their best shape throughout the game against the Nizams and he also mentioned too many stops affected the flow of the game.

Star defender Sandesh Jhingan had to leave the pitch in the second half after he picked up an injury after a clash with his own goalkeeper Arindam Bhattacharya.He said, “I don’t know (Sandesh Jhingan’s situation). We have to evaluate the next day and after that, I can speak.”

Mon Feb 22 , 2021
The Starlet was scouted during a local tournament held in Taita Taveta County where the club relocated to recently Football Kenya Federation Premier League side Sofapaka have confirmed the signing of Bernard Muiruri. The youngster has completed the move to the top-flight side after successful trials. Recently, Batoto ba Mungu […] 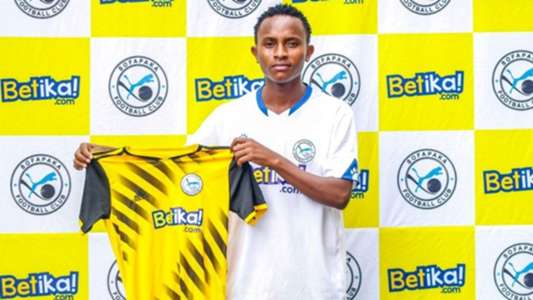