Barcelona star Ansu Fati has undergone regenerative biological treatment on a knee injury as his recovery remains on track.

The winger was ruled out for approximately four months in November after having surgery on a tear to the internal meniscus of his left knee.

Barca confirmed on Monday that Fati’s recovery is “following a very satisfactory course.”

“First-team player Ansu Fati has undergone a regenerative biological treatment by Dr. Ramon Cugat under the supervision of the club’s medical services, with the evolution of his injury following a very satisfactory course,” the club said in a statement on their official website. “Ansu was injured last November in the match against Betis, and was successfully operated on for the injury to the internal meniscus of his left knee by Dr. Cugat.“

The club provided no update on when he might return to action, with initial reports at the time of the injury suggesting he could be sidelined for four months.

Fati scored five goals and provided two assists in 10 games in all competitions this season before suffering his injury against Real Betis.

The Spain international is expected to be back in contention to play in March, meaning he will likely miss at least the first leg of Barca’s Champions League last-16 encounter with Paris Saint-Germain, which takes place on February 16. The second leg is slated for March 10.

Barca lost two of their first three La Liga games after Fati’s injury but have since won four and drawn twice in six top-flight fixtures.

They sit fifth in the Liga table, 10 points behind leaders Atletico Madrid, having played a game more.

While Fati remains sidelined, Samuel Umtiti could be back in contention to face Athletic Bilbao on Wednesday.

The France international defender was absent from the squad for the win over Huesca on Sunday on account of a stomach complaint, but he was pictured training with the squad in Monday’s recovery session.

Coach Ronald Koeman will not take any chances with the defender, given the injury problems in the squad, but provided he comes through a full session on Tuesday Umtiti is likely to be included for the game with Athletic.

Mon Jan 4 , 2021
The 22-year-old has been loaned out to the Dutch side for the remainder of the 2020-21 season  Ghanaian winger Issah Abass has left Bundesliga side Mainz 05 for Eredivisie outfit FC Twente on loan. The 22-year-old joins the Tukkers in a deal which expires at the end of the season. He […] 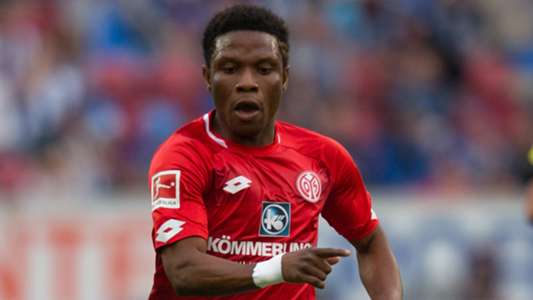