Spanish tennis player Feliciano Lopez says former world No. 1 Andy Murray hopes the US Open gets staged as he is pumped up to play at Flushing Meadows. The season has been suspended since mid-March but the US Open organizers are hopeful of staging the event from August 31 – September 13.

Murray, a three-time Grand Slam champion, claimed his maiden Major title in 2012 when he edged out world No. 1 Novak Djokovic in a five-set US Open final. Murray, 33, hasn’t played since the inaugural Davis Cup Finals — which took place last November.

“Actually two days ago I was talking to him, and he was really pumped about the US Open,’’ Lopez told a small group of journalists over Zoom on Friday, per Metro UK. “He was starting to practise again. “I asked about the hip, how it was feeling, and he was positive.

He might be able to compete again. I’m crossing my fingers to see Andy playing again, of course. It would be great for everybody, especially for him. “He needs to wait a little bit to see how the hip is going to respond.

But he was positive. He has started to play a little bit, and I think he’s really keen to play if the US Open is finally happening.”

“There’s the other way of thinking, that the young players will struggle in how to manage this situation because they don’t have the experience and I think that it’s gonna be tough for everybody so there is gonna be a lot of surprises when tennis is gonna resume.

“It’s tough to predict, to say who is gonna struggle more, but in my case, in the last 3-4 weeks when I was playing tennis again, the first week was very tough to switch on the engine of the car again after a long period but right now I am feeling much better.

“With 2-3 weeks of practise already I am feeling better and confident and I am feeling in good shape again. But this is my case, my particular case, I don’t know how the other guys… Is gonna be worse for everybody.

“I think we are going through a very unique situation where there is so many different cases. I don’t know about the others but in Spain the lockdown was very strict, we weren’t able to go out for one month and a half, nearly two months, we weren’t able to play outside.

“I don’t know about other countries and other players but I think there is gonna be a lot of surprises.” Feliciano Lopez, ranked at No. 56 in the world, is a former world No. 12.

Nketiah can help Arsenal move to the next level - Arteta

Tue Jun 16 , 2020
The Gunners boss is “convinced” that the England U21 international has a key role to play in his squad going forward Eddie Nketiah can help Arsenal move to “the next level”, according to Mikel Arteta, who has been impressed with the striker during the first few months of his tenure […] 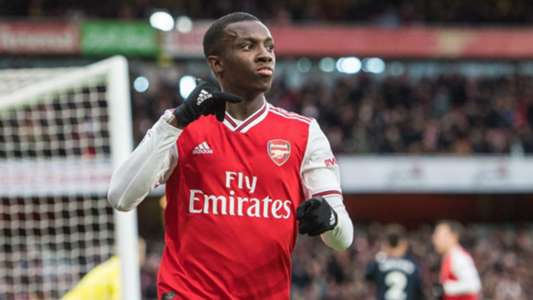