Andrea Okene scored the only goal for Levante in a 5-1 defeat to Albacete in their Spanish Reto Iberdrola encounter on Sunday.

The Nigerian-born Spanish prodigy has continued her impressive displays in front of goal for the Granotes, adding to her goal tally this season at Andres Iniesta Sports Stadium.

The 19-year-old forward had last found the target against Almassora last month, with her fourth of the season and featured in the recent 2-1 victory over Femarguin in their last outing.

Coming into the match on a six-match unbeaten run, Nando Felipo’s team made a false start to the tie as Tania Sanchez Romero stunned the visitors, opening the scoring for the hosts in the 27th minute.

Four minutes from the half-time break, the hosts doubled the lead in the contest courtesy of Jennifer Santiago Luengo’s effort.

After the restart, the visitors started the bid for a comeback when Okene rose to the moment to pull one back for Jose Antonio Contreras Gonzalez’s side in the 62nd minute.

However, Albacete recovered their two-goal lead thanks to Vanessa Lorca Castellanos four minutes later before Romero grabbed her second goal of the match in the 76th minute.

To compound the visitors’ woes, Maria Angeles Carrion Egido got on the scoresheet late to guarantee the seventh win of the season.

The defeat at the second-placed Albacete saw Levante remain in the fifth position on the Southern log, with 18 points from 15 games.

Okene featured for the duration of the game and has now scored five goals in 10 matches for the Spanish side and she will be expected to continue her fine form against Aldaia on Sunday.

Raheem Sterling has paid tribute to his Manchester City team-mates after they extended their unbeaten streak against Arsenal on Sunday, adding that their resurgance has not been "all sunny days" despite their impressive form.

Sun Feb 21 , 2021
The England striker was on point to hand Pep Guardiola’s side victory over the Gunners but says that their remarkable run has not been easily achieved Raheem Sterling has paid tribute to his Manchester City team-mates after they extended their unbeaten streak against Arsenal on Sunday, adding that their resurgence […] 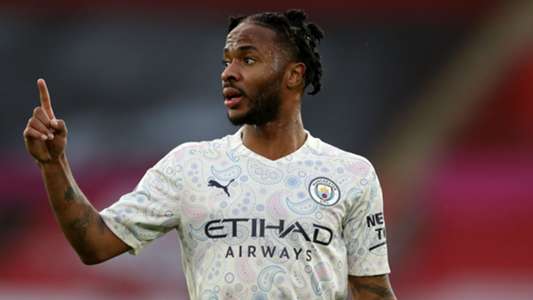