Bandari FC are set to unveil Andre Casa Mbungo as their new coach after the abrupt exit of Ken Odhiambo to rivals Sofapaka FC.

The Coastal based side have been actively looking for a coach to guide them in the Football Kenya Federation (FKF) Premier League this season and after a thorough search, they have settled on Mbungo.

“An agreement has been reached between the club and coach [Mbungo],” a source close to the Rwandan tactician and the Dockers told Goal on Friday.

“Mbungo will travel from Rwanda today [Friday] and will be unveiled on Saturday, of course, after signing the papers.”

Bandari will be the second Kenyan club Mbungo will be coaching after a short stint at AFC Leopards. The experienced coach quit Ingwe in December 2019 after going for months without pay.

He went on to work briefly for Gasogi United before Rayon Sports convinced him to join them.

At the Dockers, Mbungo will be assisted by Patrick Odhiambo. The former Sony Sugar coach is currently at Gor Mahia acting as an interim coach after the exit of Brazilian coach Roberto Oliveira.

The tactician was allowed to return home after having problems with his coaching qualification papers. The former Rayon Sports of Rwanda tactician left for his native Brazil.

Since then, Odhiambo has been overseeing the club in the league. He started with a 1-0 win over Ulinzi Stars before falling 2-1 to 11-time champions Tusker FC.

However, in the Caf Champions League assignments, Sammy Omollo has been in charge. The Posta Rangers man led K’Ogalo to an aggregate 4-3 win over APR before falling 6-0 in the first leg of the second round to CR Belouizdad.

“There is no problem with Odhiambo, he has already informed Gor Mahia of his decision to leave,” our source further revealed.

“He will be unveiled alongside Mbungo.”

Bandari started their league campaign with a 1-0 win over Sofapaka FC. They drew 0-0 with Tusker FC in their second game before falling 2-0 to Nairobi City Stars.

Another 2-1 defeat came at home against league leaders KCB before settling for a 1-1 draw with Posta Rangers. 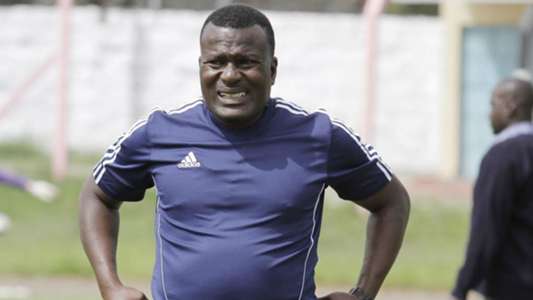