Swansea City deputy captain Andre Ayew is encouraging the side to adopt a game-by-game approach in their quest for Premier League promotion.

The Jack Army are on course for a return to elite division football for the first time since 2018 as they currently occupy third position on the Championship table.

They sit five and four points adrift of leaders Norwich City and second-placed Brentford, but with two games in hand, a rise to the top remains a realistic possibility.

“The next game will be a hard one. We know there are 19 games left and so many points,” Ayew said, as reported by his club’s official website.

“It’s a marathon and we need to keep going to the end. The team who is going to be strong mentally and physically will be able to do something great.

“But with so many games to play, I think it’s important that we only look at the next game. And we will do that for the rest of the season.

“We are doing good but we won’t get carried away. We must keep working and work harder because we’ve got 19 games left and there are a lot of points to play for and get before we can think about anything.”

Ayew is Swansea’s joint-top scorer in the Championship this season. But for a six-match goal drought, which was just recently ended by a strike in a 2-0 win over Norwich, the Ghanaian could have stood unparalleled as the club’s most dangerous hitman.

“It didn’t really bother me that I hadn’t scored for a while because the team has got good results. What’s important is the results, not if I score or not,” revealed the 31-year-old.

“I aim to bring my best to the team in each game – I must do everything I can to help the team, and whoever finds the net then that’s great.

“It’s a real team attitude here, and that’s what has served us so well this season.”

So far this term, Ayew has made 26 league outings involving 25 appearances for the Jack Army.

In the last term, he made 46 Championship outings involving 45 starts and 16 goals to inspire the club to the promotion play-off stage.

Mon Feb 15 , 2021
The Magpies have lost their last seven away league matches against the Blues and they will be aiming at breaking the jinx Chelsea will be aiming at getting maximum points, to get into the top four when they welcome Newcastle at Stamford Bridge in the Premier League on Monday. However, […] 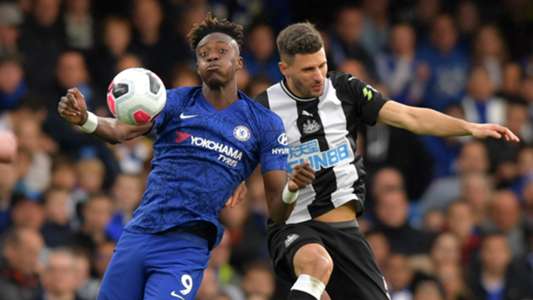