Everton manager Carlo Ancelotti said Alex Iwobi was dropped from their matchday squad for Friday’s Premier League encounter against West Ham United due to a problem he suffered in training.

Iwobi has been a regular fixture in the Toffees’ set-up since November and he started their last eight matches across all competitions.

Aside the versatility he has shown in Carlo Ancelotti’s team, the presence of the Super Eagles midfielder in the starting XI helped Everton lose just a game in their last seven league matches.

In Iwobi’s absence, Ancelotti went with the selection of Tom Davies, Abdoulaye Doucoure and Gylfi Sigurdsson in the midfield while Richarlison and Bernard join Dominic Calvert-Lewin in the attack.

During his pre-match conference, the Italian manager confirmed the severity of the injury but they avoided taking risk.

“Iwobi had a little problem during the training, we didn’t want to take the risk,” Ancelotti said.

Iwobi has contributed two assists and two goals so far in 17 appareances for Everton across all competitions this campaign.

The Toffees are fourth in the Premier League table with 29 points from 15 matches.

DR Congo’s Arthur Masuaku is another African star who missed Friday’s encounter at Goodison Park as he continues to recover from a knee surgery.

West Ham, however, have Ivory Coast’s Sebastien Haller and Algeria’s Said Benrahma in their attack for match.

Fri Jan 1 , 2021
The amended fixtures have been produced to accommodate the two clubs who had been expelled due to opposition to the StarTimes-FKF deal The Football Kenya Federation have released the new Premier League fixtures after Mathare United and Zoo FC were reinstated by the Sports Disputes Tribunal (SDT). The two top […] 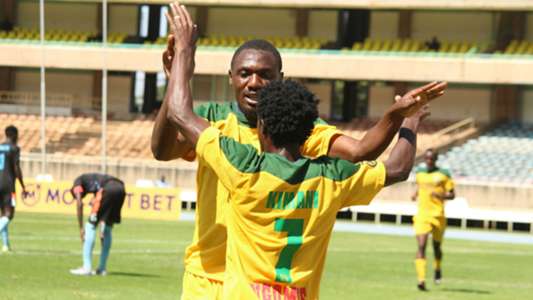