Everton manager Carlo Ancelotti has disclosed that Jean-Philippe Gbamin will not be rushed back to action in order to avoid a relapse of his injury problems.

Gbamin first suffered a thigh injury after making his second Premier League appearance in the Toffees’ 1-0 win over Watford on August 17, 2019.

The injury kept him out for eight months but in May 2020, he ruptured his Achilles tendon in training while trying to recover to full fitness, which subsequently made him go under the knife and has extended his spell on the sidelines by another 10 months.

He is gradually recovering to top fitness with an individual fitness programme at the Finch Farm training centre.

Although the 25-year-old has been ruled out of Everton’s FA Cup clash with Sheffield Wednesday on Sunday, Ancelotti is ready to wait on him and he was quoted as saying by Liverpool Echo: “I think Gbamin has been out for a year and a half, he had really bad luck and he will be back when he will be ready to train to avoid injuries and to be at his best but also avoid injury because another injury would be really, really difficult to recover from.

“So we are showing patience with him because we need to be patient with him. We don’t want to force him to be back when he is not 100%.”

The Ivorian midfielder has not enjoyed his spell on Merseyside since he moved from Mainz 05 in August 2019, with just 135 minutes of football played so far before he suffered the thigh injury.

However, Ancelotti said he has seen some clips of Gbamin’s games and he considers him as a key player in his team.

“I saw him not live but in videos,” he added.

“He is a modern midfielder, a powerful midfielder with quality, he can play in all the positions in midfield.

“He can be a box to box midfielder. He is a midfielder that I think every team needs for his characteristics.”

Sun Jan 24 , 2021
The Western-based charges have collected eight points from the nine games they have played after Saturday’s win over the champions Vihiga United head coach Sammy Okoth has stated he was sure his side will get maximum points against Gor Mahia if they manage to frustrate them. The financially troubled side managed to […] 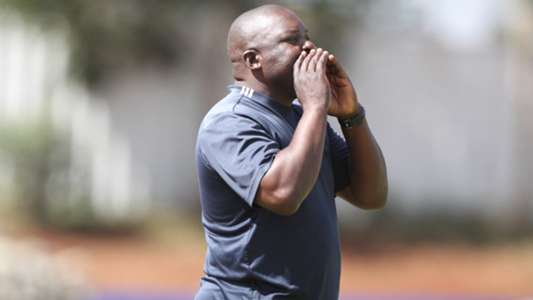