Former international Boniface Ambani has hit out at those ‘cursing’ Harambee Stars striker Michael Olunga’s decision to opt for the Qatar Star League instead of Europe.

The 26-year-old striker left Kashiwa Reysol of Japan after two seasons in the country to sign for Al Duhail SC of Qatar and he was handed his debut on Tuesday as his team lost 3-1 against Al Sadd.

His decision to sign for the Qatari club has left many Kenyans divided with others saying it could have been better for him to try his luck again in Europe and especially the Premier League.

However, Ambani, who featured for AFC Leopards and Tusker in the Kenyan Premier League (KPL), has asked those against the decision to allow Olunga to enjoy his new home.

“Remember one thing, he has been to Europe before [playing for Girona in Spain],” Ambani told Goal on Wednesday. “I don’t know why everyone thinks he should go to Europe again.

“He was in Spain, every league has its own demands, let us allow him to enjoy his football, let us support him. A man’s destiny is determined by God, we should be debating Europe or Qatar but did he get an offer from Europe? I don’t think so.

“I haven’t seen any offer from any of the European clubs, football is a short-term career thing, let him enjoy his current status and when European doors open again, he will go.”

On his part, former Gor Mahia coach Steven Polack told Goal that the striker had taken a decision which he feels will help him in his career and should therefore not be faulted.

“He has to make a decision, what is good for his career going forward, so he feels that moving to Qatar is the right place for him right now and we must respect that.”

Earlier on, FKF President Nick Mwendwa said they are happy with the move and promised to support the player.

“The choice Olunga made is personal and we don’t have a problem with it,” Mwendwa told Goal on Wednesday. “Our job as a federation is to make sure we give him the support he needs and we will provide the same.

“He has moved to a very good club, it is a big team with big-name players and we pray that many Kenyan players can follow Olunga’s footsteps.”

On whether Olunga spoke to him on the impending move from Japan to the Gulf, Mwendwa said: “No…he did not talk to me but he knows his life well, our job is just to support him and we wish him well at his new station.”

On his debut, the lanky Olunga played for 65 minutes and was a threat to Al Sadd’s defenders, his best chance to open his goal account came in the 20th minute when his glancing header went just wide.

Wed Jan 13 , 2021
The Blaugrana have squad space and funds available to push through a deal, but Pep Guardiola’s side will be reluctant to accept a low bid Manchester City defender Eric Garcia has reached an agreement regarding personal terms with Barcelona, Goal can confirm, but there is still a fair way to […] 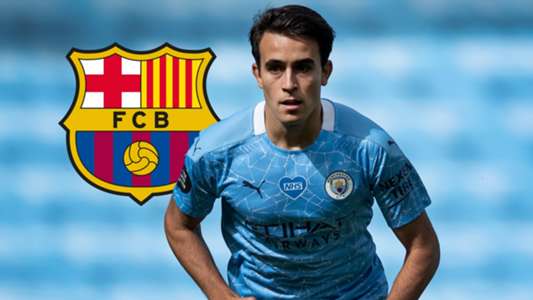