The Red Devils boss has already seen Paul Pogba ruled out of his plans for the foreseeable future, but Eric Bailly is edging back to fitness

Amad Diallo has been included in Manchester United’s squad for their FA Cup fifth-round clash with West Ham on Tuesday, but Ole Gunnar Solskjaer is expecting Eric Bailly to join Paul Pogba on a list of absentees.

The Red Devils have seen their World Cup-winning midfielder ruled out of their plans for “a few weeks” , with the in-form performer suffering the most untimely of setbacks.

There is better news on Bailly, who is edging his way back to full fitness after sitting out five games, but a knockout meeting with the Hammers may come too soon for the 26-year-old centre-half.

“He’s still not available for the cup game, we think. He’s been out on the grass and training, but we’re just going to make a decision. I don’t think he’ll be involved.”

The Norwegian has said on Pogba: “Well, it was an injury. It’ll take a few weeks for it to heal, so he’s just started his recovery, working with the medical staff and we’ll get him back as soon as we can, as safely as we can, because of course Paul’s been very important for us.

“We’re not going to take any risks, but a few weeks definitely.”

Solskjaer went on to say in a general fitness update: “There are so many games! But, yeah, everyone’s available; everyone’s trained, apart from Phil [Jones], obviously.”

What will be Man Utd’s team vs West Ham?

It is expected that Dean Henderson, who has started every domestic cup game for United this season, will replace David de Gea in goal.

With Pogba out injured, Solskjaer has a decision to make over who comes in to start in midfield. Fred replaced Pogba against Everton, while Nemanja Matic and Donny van de Beek will also be pushing for starts.

Anthony Martial could replace one of Edinson Cavani, Marcus Rashford or Mason Greenwood in the attacking positions, while left-back Alex Telles will be hoping for a start.

Diallo, who has impressed for the Under-23s, will be hoping to make his first-team debut in the game. Diallo was pictured going into the team hotel wearing a matchday tracksuit.

Bailly has endured injury issues throughout his time at Old Trafford, but had appeared to put those behind him after earning favour again under Solskjaer.

He has taken in 13 appearances this season but, after sitting out five games on the back of being involved in a minor car accident, now faces a battle again to win a starting berth alongside Harry Maguire back from Sweden international Victor Lindelof.

Jones, meanwhile, has not figured for the Red Devils in over 12 months , with the versatile 28-year-old enduring his own fitness nightmare to see serious questions asked of his future.

Pogba has become the latest addition to the treatment room at United, with the Frenchman nursing a thigh complaint that will see him sit out crucial fixtures in Premier League, FA Cup and Europa League competition – with the Red Devils looking to bring a four-year wait for major silverware to a close in 2021.

Tue Feb 9 , 2021
The hopes of the Copper Queens participating in the women’s competition in Alanya have been dashed owing to coronavirus Zambia will no longer take part in the 2021 Alanya Women’s Cup scheduled to take place between February 15 to 24 in Turkey. The Nigeria Football Federation had earlier submitted confirmation of […] 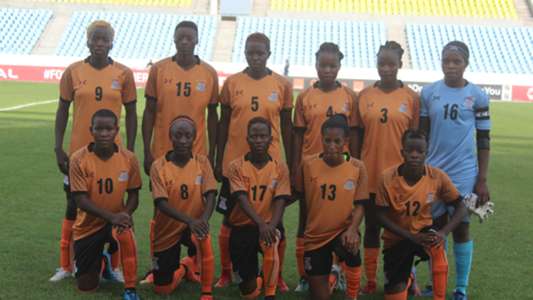