There has been no indication as to the severity of the ailment, but the Brazilian joins an already packed list of unavailable Reds players

Alisson has been ruled out of Liverpool’s game with Brighton tonight.

There is no indication yet as to the exact nature of the Brazilian’s illness, or indeed its severity, but it represents another major headache for manager Jurgen Klopp, ahead of what will be a pivotal few weeks at home and abroad for the reigning champions.

Klopp is already without all four of his first-choice centre-back options, with Joel Matip (ankle), Virgil van Dijk and Joe Gomez (both knee) all expected to miss the rest of the campaign. Fabinho, who has stepped back from midfield successfully this season, has missed the last two games with a muscle problem, and is not part of the 20-man squad against Brighton.

Sadio Mane also misses the game having failed to recover from the injury which kept him out of Sunday’s win at West Ham. Both the Senegal star and Fabinho have a chance of being fit for this weekend’s crunch clash with Manchester City, though will need to prove their fitness at Kirkby in the next 48 hours.

The situation of Alisson, meanwhile, will be of equal concern. Caoimhin Kelleher will deputise against Brighton, the Republic of Ireland Under-21 international making only his ninth senior professional appearance in the process, and just his second in the Premier League.

Adrian will be on the bench for Liverpool, who signed Brazilian teenager Marcelo Pitaluga from Fluminense back in October. The 18-year-old has been playing with Barry Lewtas’ U23 side in recent weeks, but trains with Klopp’s senior squad.

There was, at least, some encouraging news on the injury front with the sight of Diogo Jota back training outdoors on Wednesday.

The Portugal international has not featured since injuring his knee in the Champions League game with Midtjylland in December, but is edging ever nearer to a return. Goal understands the 23-year-old is still a couple of weeks away from first-team consideration, however.

Wed Feb 3 , 2021
The striker has been left out of the squad for his side’s two most recent Serie A matches after a row with his manager Roma general manager Tiago Pinto has confirmed that Edin Dzeko is no longer the club’s captain following the striker’s row with head coach Paulo Fonseca. Dzeko clashed with […] 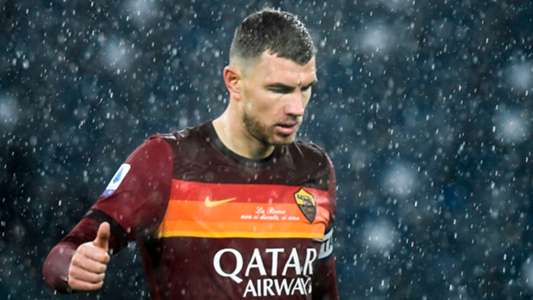