Hugo Lloris’ former team-mate Michel Vorm still considers the Frenchman to be “one of the best goalkeepers in the Premier League” and has pointed out that he is not the only one making mistakes.

Liverpool have seen the high standards set by Brazil international Alisson start to slip of late, while David de Gea continues to face the threat of Dean Henderson taking his place as Manchester United’s No.1.

With that in mind, and with Lloris a vastly-experienced World Cup winner, Vorm cannot see changes being made between the sticks at Spurs any time soon.

“For me he is one of the best goalkeepers in the Premier League,” Vorm, who was on Tottenham’s books between 2014 and 2020, told Stadium Astro. “Everyone makes mistakes, Alisson, De Gea, Ederson all make mistakes.

“If you play for Tottenham and France for that long – it says it all. You need to look at the whole picture, yes he has made mistakes but how many saves has he made to win games? We’ve never won a prize, but it goes both ways.”

What are the alternatives for Spurs?

If Tottenham were to take Lloris out of the firing line, then Jose Mourinho would be taking a serious gamble.

Ex-England international Joe Hart is currently filling back-up duties in north London, but he has not made a Premier League appearance since Boxing Day 2018, when still on the books at Burnley.

Mourinho has given Hart just nine appearances this season, with those spread across Europa League and FA Cup competition. Four clean sheets have been kept in those fixtures.

Spurs are in danger of seeing their 2020-21 campaign unravel, with Lloris hardly covering himself in glory as Mourinho’s men slipped to a 3-0 defeat at Manchester City last time out.

Tottenham have come unstuck in five of their last six outings across all competitions, with their FA Cup adventure coming to a close while also slipping to ninth in the Premier League table – four points adrift of the Champions League qualification spots.

'There is no negotiation with Diego Costa!' - Palmeiras manager labels transfer links with ex-Atletico striker 'propaganda'

Mon Feb 15 , 2021
The Portuguese boss has denied that the Brazilian club are interested in signing the Spain international frontman, who is currently a free agent Palmeiras boss Abel Ferreira has labelled transfer links with Diego Costa as “propaganda”, insisting that there has been “absolutely no negotiation” to bring the ex-Atletico Madrid striker […] 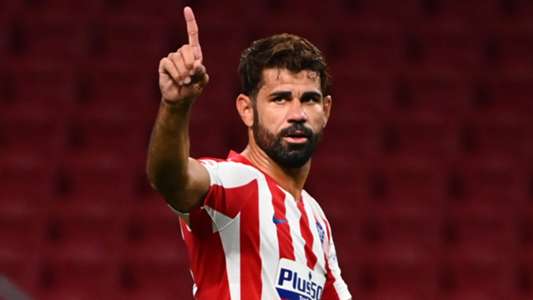