Mathare United coach Salim Ali has called on his charges to bounce back immediately and claim a win against Wazito FC in an FKF Premier League match on Wednesday.

The Slum Boys went into the match as the favourites considering they were playing against the promoted side and took a deserved lead courtesy of Tyson Otieno but Bidco replied through Erick Gichimu and Lennox Ogutu’s own goal to carry maximum points.

The defeat has left coach Ali a disappointed man and he has now called on his players to respond and beat Wazito when they clash at Kasarani Stadium.

“We have a chance to rectify the mistakes we made in our last game and I call upon my players to use the Bidco United upset as motivation towards getting the win in tomorrow’s [Wednesday] game,” Ali said as quoted by the club’s social media pages.

“The good thing about playing in the league is you are always presented with an opportunity to make things right unlike in a knockout tournament where one mistake means you are out.

“We are down at the moment but not out, so we need to realize this and respond to the best of our abilities tomorrow.”

Salim also touched on Wazito’s positive start to the season saying it was all because his friend and coach Francis Kimanzi was in charge of the team.

Ali posed: “With Kimanzi [Francis] at the helm what do you expect?!”

The clash with be the fourth between the two sides since Wazito were promoted to the top-flight in 2018, with Wazito winning the first meeting while the other two have ended in draws.

However, Wazito will come into the match missing the services of defender Johnstone Omurwa, who will sit out through suspension.

The central defender picked his fifth booking of the season against Tusker a fortnight ago and will thus serve a mandatory one-match ban but he will however be available for selection over the weekend when Wazito take on Zoo FC.

In his absence, coach Kimanzi will turn to David Otieno, Maurice Ojwang, or Roland Ashimoto to partner captain Bernard Ochieng at the heart of our defence.

Tue Feb 23 , 2021
The former Manchester United and Three Lions star believes the current Red Devils captain is not doing enough to start for his country Harry Maguire may be Manchester United captain and a mainstay for England, but Rio Ferdinand says the £80 million ($113m) centre-half is no longer deserving of a […] 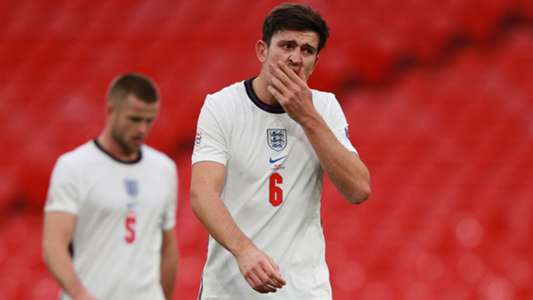