Mehdi Abeid made a memorable debut in the Arabian Gulf League by scoring a late match-winning goal in Al Nasr 2-1 victory over Khorfakkan.

The 28-year-old who recently joined Krunoslav Jurcic’s side last Friday, was handed his maiden league start at the Al Maktoum Stadium and he immediately hit the ground running with a stoppage-time strike for the hosts after Toze’s 72nd-minute opener was cancelled out.

Abeid joined the Dubai outfit on a one-and-a-half-year deal from Nantes which brought an end to his over four-year stint in the French Ligue 1, which include a three-year spell in Dijon.

Thursday’s effort was the Algeria international’s first goal since he found the back of the net in Nantes’ 2-0 league win over Saint-Etienne back in January 2020.

His contribution helped Al Nasr grab their first league win after enduring three-game winless run. They climbed to fourth in the Arabian Gulf league table with 27 points after 15 matches.

Abeid will be targeting another victory with Al Ameed in their League Cup fixture against Kalba on Tuesday before they welcome eighth-placed Al Wasl to the Al Maktoum Stadium for their next league encounter on February 14.

Thu Feb 4 , 2021
The Barcelona star thinks that however professional referees might be, they unconsciously favour Zinedine Zidane’s side Gerard Pique thinks referees in La Liga favour Real Madrid, however professional they might be. The Barcelona defender, never afraid to speak his mind, also spoke about Barca’s decision to let Luis Suarez leave […] 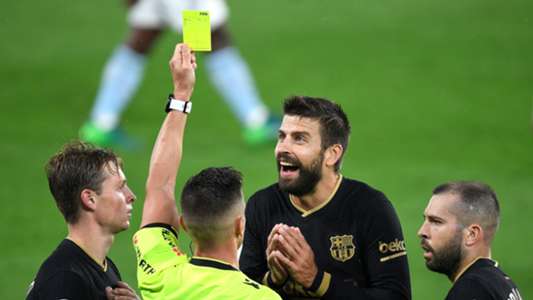