World No. 1 Novak Djokovic has confirmed that Alexander Zverev and Grigor Dimitrov also plan to play in Zadar but the German’s participation in the next Adria Tour event is uncertain. This past weekend, the Adria Tour event in Belgrade took place and players and fans left the event satisfied.

Players enjoyed returning to the court, while fans had a chance to see some of the biggest names of the game in action. Djokovic, Dimitrov and Zverev hope to be again in action this weekend in Zadar and they will be joined by two top-ranked Croatian tennis players — Borna Coric and Marin Cilic.

Zverev has to return to Germany to do something and he will travel to Zadar if he avoids quarantine. “For now, certain to play are Dimitrov, Borna Coric, Marin Cilic and me. Sascha Zverev wants to play in Croatia as well, but the German government is expected to make a decision on quarantine on Tuesday, because Sascha has to return to Germany for some of his events, so if he doesn’t have to quarantine, he will participate, which would be a big success for the Adria Tour to have such a tennis player in Zadar,” Djokovic told HTS, as revealed on Sport Klub.

Novak Djokovic happy to have Cilic and Coric on board

The Croatians will have a chance to see some of the biggest names of the game in action and also their main stars. Djokovic, a 17-time Grand Slam champion, has nothing but good to say of Coric and Cilic as he hoped everyone will have a great time on and off the court.

“I have a really nice and friendly relationship with the two of them and that relationship has certainly lasted for ten years, especially with Marin. We’ve known each other since our junior days. I thank them on this occasion for recognizing the initiative of the Adria Tour and the humanitarian character of the whole story.

They immediately made themselves available, especially for a week in Zadar, so I am looking forward to playing and sharing the court with them. I hope it will be fun, both on and off the court,” Djokovic said.

Novak Djokovic was motivated to win it all in front of his home fans in Belgrade but failed to do so and he will certainly arrive to Zadar fully motivated to claim the title this weekend.

Mon Jun 15 , 2020
The left-back has urged fellow players to invest while they can in preparation for the uncertain future Experienced left-back Wesley Onguso has revealed he started the motorcycle business five years ago. The Nairobi City Stars defender was caught on camera on a motorcycle commonly referred to as Boda Boda. The […] 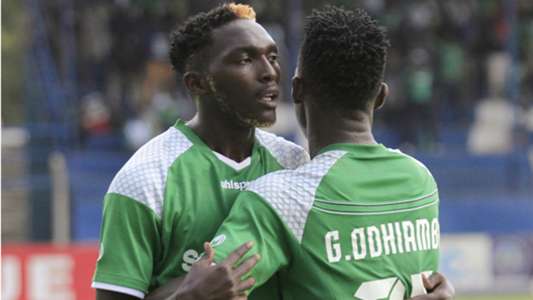