Novak Djokovic, the man behind the Adria Tour project, is expected to play at all Adria Tour events over the next three weeks. Two top-ranked Croatian tennis players Borna Coric and Marin Cilic are also expected to make their appearance at the Adria Tour when the event makes a stop in Zadar.

The opening ceremony of the Adria Tour event in Zadar will take place this coming Friday. 17-time Grand Slam champion Djokovic will play an exhibition match before the draw of the tournament takes place that evening. On Saturday — two hours before the starts of the tournament — Croatian tennis star Donna Vekic and rising Serbian star Olga Danilovic will play an exhibition match.

The Adria Tour event in Zadar will take place next weekend, June 21-22.

“I feel great in Belgrade. I feel as welcome as in any other country.

Maybe it was similar only in Mexico. You are wonderful hosts. Novak works hard and does a lot of things, he takes us every day to visit new places and restaurants. We visited famous places, we have a very nice time,” Zverev told Sport Klub.

Zverev, a former world No. 3, won each of his two matches played on the opening day of the Adria Tour event in Belgrade. The German made an impressive comeback in his opening match against Filip Krajinovic as he recovered from a 4-0 2-0 deficit to beat the 2017 Paris Masters runner-up 0-4 4-3 (5) 4-3 (2).

In his second match, Zverev saw off former world No. 12 Viktor Troicki 4-1 4-1. “I missed everything about tennis, as well as seeing other players. I never saw him for five months. It is great to meet Lajovic, Dominik, Novak as they compete here.

Everyone is so motivated and eager to play. When the season starts again, I think everyone will ‘die’ on the court,” Zverev said. It remains to be seen which other players will join 2018 Nitto ATP Finals champion Alexander Zverev in Zadar.

Henderson worried about his swearing ahead of Premier League return

Mon Jun 15 , 2020
The Reds midfielder admits he’ll have to watch his language when matches resume in England’s top-flight When Liverpool return to Premier League action against Everton on Sunday, Jordan Henderson is determined to keep his swearing to a minimum.  With no fans to be allowed into games for the foreseeable future […] 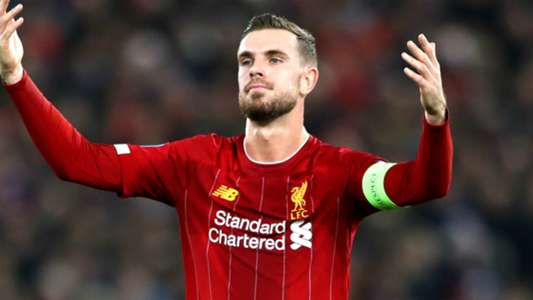