The full-back has been guilty of giving the ball away far too often this season, with no player having lost possession more in England’s top flight

Liverpool’s alarming dip in form has been summed up by a stat that shows no player who has had 100 touches or more in Europe’s top five leagues has lost possession more in a single game than Trent Alexander-Arnold did against Leicester.

The England international right-back was a shining light in the previous two seasons, with his effervescence and attacking instincts winning him fans across the globe.

However, his form has dipped this term and it has been highlighted by a stat that showed he squandered possession 45 times during the Reds’ 3-1 loss on Saturday.

No player in Europe’s top-five leagues has lost possession more in a single game, for players who have had at least 100 touches of the ball, than Trent Alexander-Arnold in Liverpool’s defeat at the King Power Stadium on Saturday.

Indeed, Alexander-Arnold tops the list for Europe’s top-five leagues for the 2020-21 season for the amount of times possession has been lost in a game, in relation to the touches they’ve had over the 90 minutes.

Alexander-Arnold is aware of his shortcomings this term, admitting his form has been below what he produced in previous years.

When asked by Sky Sports if he was performing to the high standards he has set for himself, the right-back said : “Me? No.

“There’s been times this season I felt like I’ve been playing quite well. Recently I’ve been trying to get back into that rhythm I was talking about earlier from a personal point of view.

“It’s been a tough reason in that respect in just trying to find that rhythm and get back into it and just letting things happen naturally. It’s been quite difficult.

“But again there’s no excuses. I want to try to make things happen for the team and perform as well as I can to help us win games and that’s what I’m trying to do.”

We are becoming accustomed to stats such as this, with regards to Alexander-Arnold. His high-risk passing style means there is always a danger of wastefulness.

In fairness to the 22-year-old, he was far from Liverpool’s worst performer at Leicester. In fact, I’d go so far as to say he was among the better ones for the most part. His drive and tenacity created the Reds’ goal, and he had earlier come close to opening the scoring himself with a free-kick which struck the bar.

There were also some excellent passes in amongst it all – one to Sadio Mane with the outside of his foot in the first half stands out – but in the end he looked like his team-mates did; shellshocked. No wonder, given the way those final 12 minutes panned out.

The view from the ex-pros

Liverpool legend Jamie Carragher has been concerned with the 22-year-old’s form for some time and recently urged him to seek out another Reds great for advice.

“We too easily forget that Trent Alexander-Arnold is only 22,” Carragher told the Telegraph . “Trent could do worse than share a private call with Steven Gerrard.

“I remember well how Stevie overcame a slight dip after his first initial breakthrough into the first team, guided back to his best. It happens.”

While things look bad for Alexander-Arnold at the moment, he can look to comments from Brazil legend Cafu in a bid to rebuild his confidence.

“He’s not afraid to attack, defends well, good passer, hits a great free-kick,” Cafu told the Daily Mail . “He will be a star at the next World Cup.”

“He can take the position of right-back to another level.“

Sat Feb 13 , 2021
SuperSport United keep the heat on Mamelodi Sundowns, Chippa United fight back in the PSL It took some crucial late saves by Bafana Bafana keeper Ronwen Williams to ensure that the Pretoria side claimed maximum points against the Citizens Thamsanqa Gabuza struck late at the Lucas Moripe Stadium on Saturday […] 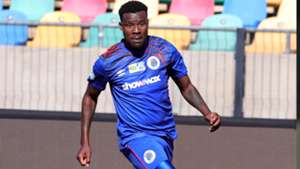