The former Reds midfielder is not surprised to see a 22-year-old defender suffering a slight wobble, and he expects a top talent to come through it

The criticism being aimed in Trent Alexander-Arnold’s direction is “ridiculous”, says Dietmar Hamann, with the 22-year-old being backed to come through a “blip” that was always going to happen at some stage.

A meteoric rise to prominence has been enjoyed by a home-grown star at Anfield.

Since bursting onto the scene as a teenager, Alexander-Arnold has played a leading role in Champions League, Club World Cup and Premier League title triumphs on Merseyside.

For the most part, he has been a model of consistency and useful source of ammunition from the flanks.

The buccaneering right-back has, however, suffered a wobble in 2020-21 – along with many of those around him.

Confidence has dipped and mistakes have crept into the game of a man who has been setting the highest of standards.

Hamann is surprised it has taken this long for Alexander-Arnold to face the first test of his senior career, with there every reason to believe that a talented performer will bounce back stronger for having unfortunate experiences to go alongside his positive ones.

“The only thing that surprises me is that the blip didn’t come earlier,” former Liverpool midfielder Hamann told Stadium Astro when discussing Alexander-Arnold’s struggles.

“If you play on a weekly basis, or every three days, the standard he has set has been exceptional. He has been faultless for two years.

“He has played over 100 games and is only 22. It is understandable that there has been a blip. I expected it to come a lot earlier.

“At the moment, there are hardly any other options at right-back. I think he needs a break but with the injuries and the players that are out, at the moment the manager feels he can’t give him a rest.

“I think the criticism towards him is ridiculous. Both full-backs have probably been the best two full-backs in the world in the last two years. Now to have a go at a player who is still very young because he has had a few average games and hasn’t had an assist for a few months is ridiculous.

“I think he’s a quality player, so is[Andy] Robertson, and fatigue is just catching up with the pair of them. Once they have a break will we see different players again.

“I hope he stays at Liverpool because at the moment there are not too many full-backs around that can do what Alexander-Arnold does.”

Mon Jan 25 , 2021
The Man City boss offered his support to the former England international ahead of his own side potentially going top of the Premier League Pep Guardiola says all managers know they will get the sack if they don’t get results after Frank Lampard was fired by Chelsea. The former Chelsea and […] 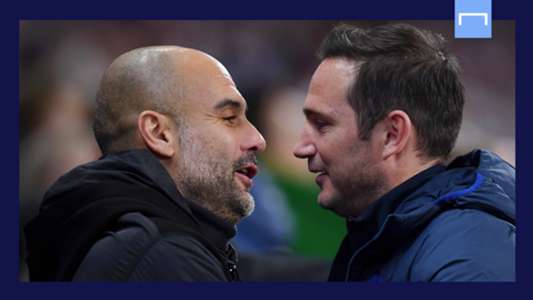