Al Ahli vying for their second title in 2021…

In the 50th edition of the Arabian Gulf Cup, Shabab Al Ahli will lock horns with Al Nasr in the final at the Sharjah Stadium on Friday.

Al Nasr are the defending champions and coach Ramon Diaz is not willing to settle with anything less than silverware.

“We will be looking to put in a good performance in the final. Reaching the final wasn’t an easy task but we made it thanks to the players’ efforts. We (have) identified Shabab Al Ahli’s strengths and weaknesses and we are confident we can win the title,” Diaz explained.

If his troops manage to win, it will be their third Arabian Gulf Cup title. “It’s a new challenge and we are ready for it,” he added.

Al Nasr defender Mahmoud Khamis is aware that it is a tough task to win the title as he thinks defending the title is more difficult than winning it.

“We will do our best and fight for the title. We are up against a strong team and we are expecting a balanced matchup against Shabab Al Ahli. It’s the small details that make all the difference. It is more difficult to stay on top than to get there and we are ready to retain the title,” he stated.

Meanwhile, Al Ahli coach Mahdi Ali expects a ‘balanced final’ and like his opposite number believes that reaching the final is not an achievement, but winning the title is what matters.

He stressed on maintaining focus and concentration throughout the game as the minor details are more likely to alter the complexion of the match.

It will be their second title in 2021 as they have already won the Arabian Gulf Super Cup against Sharjah.

We will seek to replicate our [Arabian Gulf Super Cup] performance against Al Nasr. We had a full week to prepare for the match and we look to maintain our good performances when we face Al Nasr,” he stated.

Veteran player Hamdan Al Kamali echoed his coach’s sentiments and stated that although they respect Al Nasr, he and his teammates are ready to give their all in the final and win the coveted trophy. 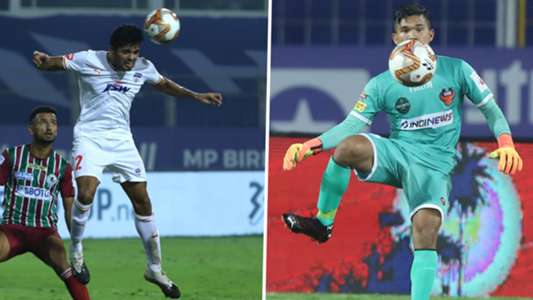