Al Ahly head coach Pitso Mosimane is a source of inspiration to ‘every’ African coach, according to Young African tactician Cedric Kaze.

Since taking charge of the Egyptian Premier League side, the 56-year-old led them to win a record ninth Caf Champions League title.

Recently, he coached the Red Devils to a third-place finish at the 2020 Fifa Club World Cup – where they defeated Brazil’s Palmeiras on penalties.

In the process, Mosimane became the first South African to win a medal at a Fifa event, and the first non-Egyptian African to coach the record Caf Champions League champions.

Talking about the South African’s success in Qatar, the Burundian coach stated the achievement of the former Mamelodi Sundowns handler is a lesson to all African coaches.

“He is an inspiration to every African coach who is working very hard to get to the highest football level in Africa and beyond,” Kaze told the Caf website.

“He has taught us a very good lesson that if you work hard, you can get anywhere. Now, an African coach is coaching the best club in the world.

“The meaning of that is very huge and it should give every African coach a boost to believe in what we are doing, to work very hard and to know that there are no limits.”

He added that hard work pays and stated that it is wrong for coaches in Africa to set limits for themselves.

“I believe that we, African coaches, put ourselves a limit. In future, I want to reach a very good level,” he continued.

“I know that it is going to come by working very hard and taking opportunities when they come. But first I should do well where I am.”

Having led the Citizens to win the national cup in January, his immediate ambition is to lead Yanga to domestic and continental triumph.

“My ambition is to help Yanga reach the summit, to win trophies and to go far in African competitions,” he added.

“I know I have the knowledge and the ambition to succeed after that in North Africa and in the world.”

Wed Feb 17 , 2021
The Italian striker says he will “never forget” his spell at Allianz Stadium and that he will always keep a close eye on the Bianconeri’s progress Paris Saint-Germain loan star Moise Kean has admitted he still follows Juventus, declaring that the Serie A champions “will always be in my heart”. Kean […] 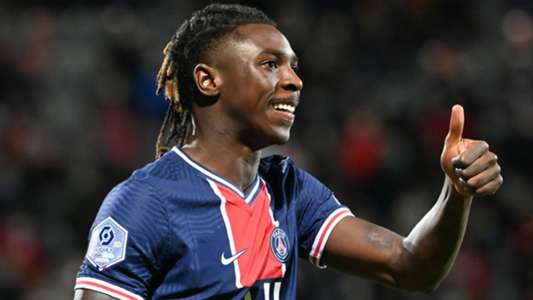