Asisat Oshoala and Barcelona’s invincible run on the domestic scene in Spain came to an end following Wednesday’s 3-1 defeat on penalties to Rasheedat Ajibade and Ajara Nchout’s Atletico Madrid.

Before the match, Lluis Cortes’ side had been undefeated in all domestic competitions since they bowed 1-0 to Tenerife on May 5, 2019, four months after Oshoala arrived at Barcelona from China.

Since then, she has known almost nothing but success at Estadi Johan Cruyff, with her side going unbeaten throughout the last term, claiming both the 2020 Supercopa and Primera Iberdrola titles.

At Salamanca’s Helmantico Stadium, Cortes had Oshoala on the bench for Barcelona, just as Jose Sanchez kept the African duo of Ajibade and uncapped Nchout on the substitutes list.

After a goalless first-half, Atletico gained a shock lead in the 66th minute when Merel van Dongen converted from the penalty spot four minutes to the introduction of Oshoala by the Blaugranas.

On the brink of full time, Barcelona left it late to find their ways back into the contest thanks to Alexia Putellas strike from a free-kick to restore the parity and eventually force a stalemate.

In extra time, both teams created chances but goalkeeper Hedvig Lindahl made fantastic saves to deny Marta Torrejon and Putellas.

Barcelona only converted one of four attempts from the spot, failing to beat goalkeeper Lindahl thrice, while Atletico netted three of five to end the Catalans’ unbeaten run at 39 games.

Oshoala lasted the final 20 minutes of the showdown but could not help the holders avoid a shock domestic defeat at the hands of Atletico.

On the other hand, Nigeria’s Ajibade and Cameroon’s Nchout did not feature against Barcelona but will be eager to file out against Levante in the final.

The result means Ajibade and Nchout’s Atletico are through to the final of the 2021 Supercopa, where they will square up against Andrea Okene’s Levante on Saturday.

Despite the defeat, Oshoala and Barcelona will now focus on extending their 32-game unbeaten run in the Spanish league when they host Rayo Vallecano on January 20.

'My parents always taught me to take out the trash!' - Gonzalez continues feud with PSG star Neymar

Thu Jan 14 , 2021
Marseille and Paris Saint-Germain faced off Wednesday, which brought the players back together for the first time since an incident in September The feud between Marseille defender Alvaro Gonzalez and PSG forward Neymar continued on Wednesday, with the Spaniard calling the Brazilian “trash” on Twitter after the teams faced off […] 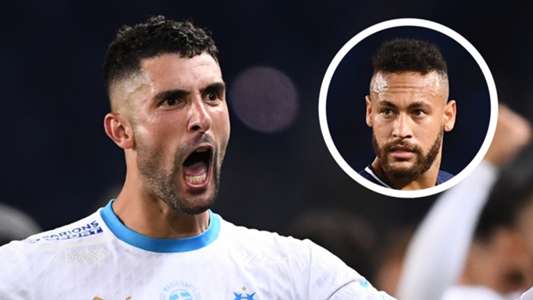