Ajayi has been delivering eye-catching performances for West Brom this season and was handed his 20th league start.

The centre-back formed a three-man defence for Sam Allardyce’s men along with Kyle Bartley and Dara O’Shea.

Aina, Lookman and Adarabioyo also featured prominently for the Craven Cottage outfit and made their contributions felt in the game.

Senegal international Mbaye Diagne was handed his debut appearance after teaming up with the side from Galatasaray in January and bagged an assist for West Brom in the encounter.

Bobby Reid opened the scoring for the Cottagers as early as the 10th minute after receiving a sublime pass from Aleksandar Mitrovic.

Bartley then levelled proceedings in the 47th minute before Matheus Pereira gave the Baggies the lead for the first time in the game after receiving a fine assist from Diagne.

Ivan Cavaleiro then scored in the 77th minute after receiving a sumptuous assist from Harrison Reed to help his side share the points.

Ajayi featured for the duration of the game, made five clearances, blocked two shots, made one interception and won four aerial contests.

Aina was on parade for 81 minutes, had 81 touches on the ball and made three clearances before he was replaced by Kenny Tete.

Lookman was in action for the entirety of the game and struck two shots, completed two dribbles and made five crosses while Adarabioyo had a 72 percent successful pass rate in the encounter.

West Brom and Fulham remain at the bottom three of the Premier League table following the draw at the Hawthorns.

The Baggies have now gathered 12 points from 21 games while Scott Parker’s men have 14 points from 20 outings.

The Nigeria stars will be expected to help their respective clubs return to winning ways in their next Premier League games on February 2 and 3.

Sat Jan 30 , 2021
The Spanish coach acknowledged that Khalid Jamil’s side were the better team on the night and deserved full points… NorthEast United did the double over Mumbai City FC as they defeated them 2-1 and thus, inflict only the second defeat this season on the Islanders. Sergio Lobera’s team were on […] 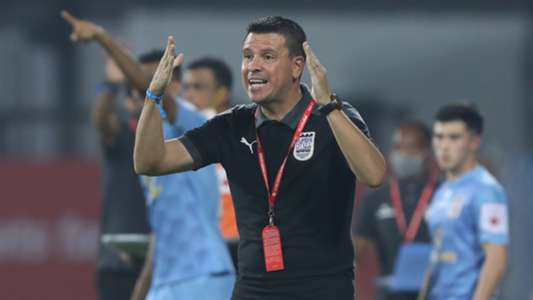