Celta Vigo defender Joseph Aidoo revealed the club have set their sights on grabbing a place in next season’s Europa League.

With eight rounds of matches to go and a game in hand, the Sky Blues occupy the 10th position on the La Liga table.

“Currently, we are still striving hard to be up there. Next season we will be playing in the Europa League. That’s the target we have set for each other,” Aidoo told Joy Sports.

Celta’s relatively good position so far this season has been starkly different from their fortunes last season, when they battled relegation for the most part of last season, and only confirmed their survival on the final matchday of the term.

“I think it’s one of those things because we played really good but the goals were not coming. This season things have changed because we are still playing good and this time, the goals are coming in,” Aidoo said in relation to last season’s struggles.

Last season, Aidoo made 32 league appearances for Celta, making the starting XI in 27 of the matches.

This term, the centre-back, who idolises former Ghana and Bayern Munich defender Samuel Osei Kuffour, has played 21 times in La Liga, starting in 10 of them.

He joined the Sky Blues on a five-year deal from Belgian side Genk in 2019.

“I chose Sammy Kuffour as my mentor because for me, I think I will be playing for Bayern Munich in future and he has been there,” the centre-back, 25, told Joy Sports about his future ambitions.

“And that is why I am always looking up to him and he has made a good impact on the football world. When I was a kid, Bayern was the club that touched my heart and that is why I admire them.

“I do watch their [Bayern Munich] games and even sometimes I go to their website to watch some clips and stuff.”

Left out of Ghana’s last squad, Aidoo will be hoping to make a return to the Black Stars fold when they reconvene for the 2022 World Cup qualifiers in June. 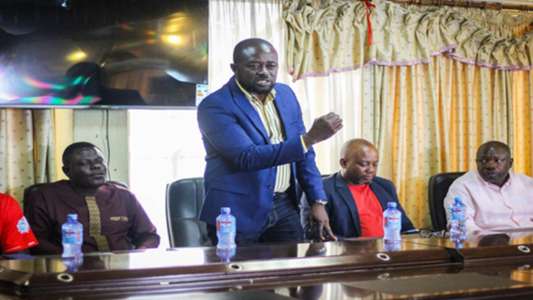