Al Ahly coach Pitso Mosimane remains proud of his side despite Monday’s Fifa Club World Cup semi-final 2-0 defeat by Bayern Munich, as the Red Devils were dispatched by the European champions.

A Robert Lewandowski brace fired the Bavarians into the final of the tournament in what was Mosimane’s first defeat while in charge of the Egyptians in 23 games.

The former Mamelodi Sundowns coach does not see the defeat as a major setback in what is his second shot at the tournament, having overseen the Brazilians’ campaign in Japan in 2016.

“Our reaction should have been better than what happened. Bayern Munich dominated the match significantly,” Mosimane told the media. “We knew that facing Bayern Munich was not easy at all, and we played well against a big and strong team.

“There was room to choose the best way to preserve the ball, take possession and exit the attack against Bayern Munich, but this is not bad,” he added. “We could have had a corner kick or a foul in our favour, we should have reacted better even at the start of the second half.

“Our pace was slow, but it is not bad and there is nothing wrong with that. No coach can lose and be happy. It is normal for me to feel sad.”

Al Ahly now prepare to to meet Copa Libertadores champions Palmeiras in the fight for a bronze medal on Thursday.

The Egyptians have previously finished third in this tournament when they settled for bronze in 2006.

“We are now looking forward to achieving third place against Palmeiras,” Mosimane continued. “We will work hard and fight to achieve that.

“My team was not afraid in front of Bayern Munich, who are the European champions, but at the same time we achieved a good level [of performance], especially in terms of defence.

“Bayern are number one in Europe. They didn’t allow us to have the ball for a long time. We rarely had the chance to play our game. Defensively, we were well organised. Now we are looking forward to the third-place match.”

Tue Feb 9 , 2021
Without the Cote d’Ivoire star, Roy Hodgson’s men ended up on the losing side against the Peacocks at Elland Road Wilfried Zaha stressed his importance to Crystal Palace after the Eagles lost 2-0 to Leeds United in Monday’s English Premier League outing. Since the beginning of 2014-15 when the Cote […] 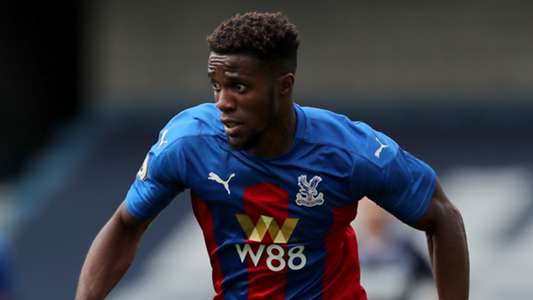