Sergio Aguero is still to return to training as the Manchester City striker continues his recovery from coronavirus.

The Argentine was set to make his first start since October in the FA Cup third round clash against Birmingham on January 10 but was forced to self-isolate after coming into close contact with someone that had tested positive.

He has since tested positive himself and suffered Covid-19 symptoms, but is now awaiting a negative result before he can return to the Etihad Campus.

Aguero will miss Saturday’s clash with Sheffield United along with Kevin De Bruyne, who is recovering from a hamstring injury, and Nathan Ake, who is still not fully fit.

“Sergio is not yet here,” Pep Guardiola said. “When he tests negative, he will come back. We still don’t have the results backs.

“Nathan Ake is not yet available. It’s the same [squad] as for the last games.”

Guardiola has also ruled out bringing in any more players before Monday’s transfer deadline, but Eric Garcia’s future remains in doubt.

Barca’s presidential candidate Victor Font said City have agreed to sell Garcia for €3 million with the 20-year-old offering to play for free for six months, but Guardiola refused to be drawn on his future.

“I don’t want to say anything about this – he’s our player, the transfer window finishes in a few days,” he said.

The Blades may be 10 points from safety, but the City boss says he can see that Chris Wilder’s side are fighting for their lives.

“All I can say is that what I saw before the United game is a live team,” he said. “It is a team that is alive from their body language.

“That is not easy with the results they got and that speaks incredibly well about Chris, his staff and the players.

“The United result speaks for itself. Everybody knows how difficult it is to win at Old Trafford.

“I think the reason they are still a team and alive is because they are together for a long time and believe in each other a lot.”

Fri Jan 29 , 2021
Express FC midfielder John Byamukama has set his sights on winning a regular playing position in the team. The 23-year-old joined the Red Eagles from Tooro United and has so far managed to play four games for his new team. However, he has conceded the competition for places is stiff […] 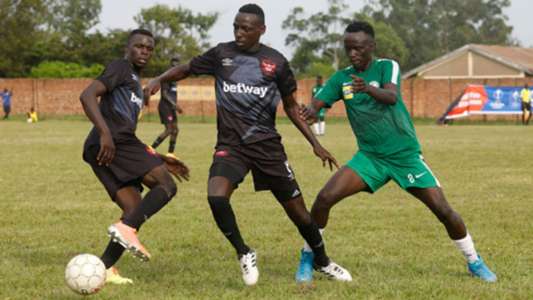