In the wake of his recent move to Mamelodi Sundowns, Lesedi Kapinga’s agent Moses Mudau has explained why they opted against entertaining offers from Kaizer Chiefs and Orlando Pirates among other teams that showed interest to sign him.

Mudau says his client had attracted interest from many clubs including National First Division (NFD) log leaders Ajax Cape Town, saying the Mother City-based side had promised to sign him once they gain promotion to the Premier Soccer League (PSL).

Mudau revealed the 25-year-old has the desire to lift the Caf Champions League trophy and he felt Sundowns were the only team that could offer him that chance.

“We chose Sundowns because Kapinga has a big ambition to win the Caf Champions League. He felt it’s only Sundowns that can give him that at this stage,” Mudau told Isolezwe.

“All in all, there were 16 clubs that wanted him and that includes Ajax Cape Town. They have been telling us they want him if they secure promotion to the Premier Soccer League (PSL).

Having joined the reigning PSL champions on a five-year deal, Mudau has no doubts about his client’s abilities, saying he was born to play football.

“I don’t doubt Kapinga’s talent. He was born to play football. I wish he will get an opportunity to impress at Sundowns,” added the representative.

“I know that people think his career will be finished at Sundowns but there are players that are successful there such as Hlompho Kekana, Themba Zwane, Tebogo Langerman and others.

“Pitso likes Kapinga’s style and I have confidence in him. The kind of football that is played at Sundowns suits Kapinga – he likes to keep the ball.”

Although he is likely to make his official debut at the start of the 2020/21 campaign after Leopards decided against keeping him until the end of the season, Kapinga continues to train with his new teammates in Rustenburg.

Tue Jul 28 , 2020
A man currently taking in a loan spell at Bayern Munich has been tipped to secure a permanent move away from Camp Nou Philippe Coutinho “wants to come back to the Premier League”, according to his agent Kia Joorabchian, who says the Barcelona outcast “adores” English football. Coutinho completed a […] 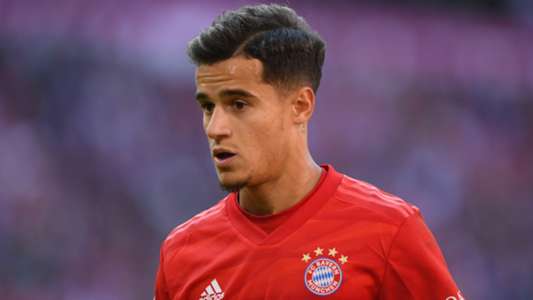