This week marks the debut of the African Football HQ Unplugged Podcast, as Malek Shafei and Ed Dove delve into some of the broader subjects in the continent’s game and—in this episode—look ahead to the return of the Champions League.

There have been many glorious moments for African players in the history of the UCL, but which of the continent’s star have the best chance to win the title this time around?

Particularly of interest are Premier League heavyweights Manchester City and Liverpool; both of whom have high-profile African interest.

They are enduring mixed fortunes in the top flight this season, but both will be targeting success in Europe.

While the Reds are enduring a miserable title defence, having fallen well off the pace as they’ve failed to maintain the high standards of last term, City are flying high and are currently outpacing the rest of the pack in the top flight.

With Liverpool out of the title race, will they be able to divert more of their attentions to winning the UCL, and will City’s dominance in the top flight—and a healthy lead—allow them to rotate their squad and keep everyone fresh as they look to battle on multiple fronts?

Mohamed Salah and Sadio Mane, of course, have been there before, having clinched the crown by defeating Tottenham Hotspur in the 2019 final.

The duo have appeared out of sorts recently, but will be hoping to rediscover their top form when the Merseyside giants face RasenBallsport Leipzig in the Round of 16.

However, Jurgen Klopp’s side have been exposed by the likes of City, Leicester City and Brighton & Hove Albion in recent weeks, and must improve dramatically if they’re to defeat the dynamic German side.

City also face Bundesliga opponents, and will fancy their chances against Borussia Monchengladbach.

The real test for the Sky Blues will likely come in the latter stages of the competition, where Pep Guardiola must end his UCL hoodoo.

Will he trust Riyad Mahrez?

Last season, the Algeria maestro was dropped from the starting XI for that shock knockout elimination at the hands of Olympique Lyonnais, and while he has been featuring more regularly this season, he’s struggled to set the top flight in recent months.

Indeed, while Mahrez scored a hat-trick against Burnley in November, he’s scored just one league goal since, and contributed just one further assist in the top flight.

Is it enough to suggest he can truly be a difference-maker at the business end of the UCL?

Mon Feb 15 , 2021
U20 Afcon: Uganda defeat Mozambique 2-0 to go top of Group A The Hippos scored their goals in the second half after a goalless first 45 minutes, to get their continental campaign off to a winning start Uganda have gone top of Group A in the Africa U20 Cup of […] 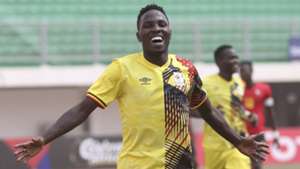