Super Eagles stars have something of an underwhelming record in the UCL; are they Africa’s biggest underachievers?

Are Nigeria Africa’s great underperformers when it comes to the Champions League?

This is one of the items on the agenda in this week’s African Football HQ unplugged podcast, as Ed Dove and Malek Shafei discuss the performance of Super Eagles stars in the history of the tournament.

Indeed, it’s been something of a mixed track record.

The winners are Nwankwo Kanu and Finidi George, both of whom clinched the title with Ajax, and John Obi Mikel, who was a winner with Chelsea in 2012.

Compare this return, for example, to Cameroon, who have produced UCL winners on six separate occasions—Samuel Eto’o (three times), Geremi (twice) and Joel Matip (once).

How do we explain that Cameroon have won twice as many UCL golds as Nigeria?

Perhaps most concerning for Nigeria, is that they have equalled the honours haul of Ivory Coast and Mali (three winners), countries who don’t have the kind of continental legacies as the Super Eagles.

What do we attribute this to?

Perhaps we may point to a lack of ambition on the part of some of the Super Eagles players, who didn’t play for clubs of the calibre they might have done.

Joseph Yobo, Vincent Enyeama and Jay-Jay Okocha, for example, were never going to win the UCL with Everton, LOSC Lille and Bolton Wanderers respectively, but could they have achieved more if they’d pushed to play at some of Europe’s biggest clubs?

Could the same be said about the likes of Yakubu, Segun Odegbami and Rashidi Yekini?

Taribo West, Emmanuel Amuneke and Odion Ighalo, for example, all played for UCL-winning teams, but they did so at times when their clubs were enjoying fallow periods and a step down from Europe’s biggest clubs.

To date, three winners is a poor return for a nation that has produced such excellent talent and some of Africa’s greatest players; with few Nigerians still standing in this year’s UCL, don’t expect the country’s fortunes to change any time soon.

Tue Feb 16 , 2021
The highly-rated 20-year-old winger is enjoying a productive loan spell at Eibar, but he remains tied to a long-term contract at Sevilla Bryan Gil has welcomed talk of interest from Barcelona and comparisons to Brazilian superstar Neymar, but the 20-year-old is eager to avoid getting caught up in his own […] 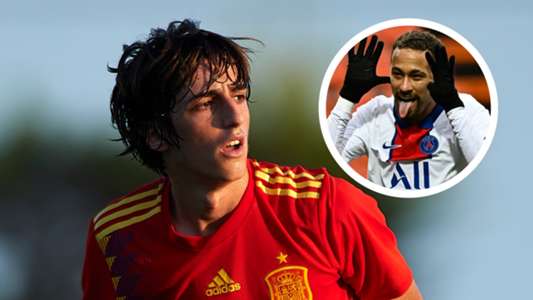