It’s Tottenham Hotspur vs Manchester City in the Premier League this weekend…will things get even worse for Spurs?

The high-profile Premier League showdown of the weekend—as Manchester City take on Tottenham Hotspur—is one of the big items on the agenda in this week’s African Football HQ podcast.

Ed Dove and Malek Shafei look ahead to this fixture, and assess the likely African involvement in the bout, as Serge Aurier may well go toe to toe with Algeria’s Riyad Mahrez.

The debate about whether Mahrez can truly be considered world class is again back on the agenda this week, with the Algeria playmaker failing to impress on a consistent basis since netting a hat-trick against Burnley in 2020.

While this City team are at the top of their game—they have broken the all-time English record for consecutive wins—Mahrez has only been a peripheral figure, making limited decisive contributions as Pep Guardiola’s side romp to the title.

Aurier remains a doubt for this one, although—remarkably—Spurs fans may well be keen for him to get back into the team after their defensive horror show against Everton in midweek.

Usually convincing at the back, Tottenham shipped five as they were dumped out of the FA Cup, with Matt Doherty struggling at right-back.

While Aurier has a reputation for being hideously error-prone, he has improved this season, and supporters will be hoping he can return in time for the meeting with City.

However, even if he does return, it remains to be seen whether Spurs can hold Guardiola’s boys at bay as they look to overturn their miserable form.

Also on the podcast, we look back on Morocco’s African Nations Championship campaign—inviting special guest Benjamin Hajji (@MaghribFoot) onto the show to talk through how the Atlas Lions masterminded yet another run to the title.

He also assesses Achraf Hakimi’s form for Internazionale as they compete for the Serie A, and Sevilla’s Youssef En-Nesyri, who’s hot on the heels of Luis Suarez and Lionel Messi in the race for the La Liga Golden Boot.

Also on the agenda, we look ahead to Fulham vs Everton—previewing an all-Nigerian meeting between Ademola Lookman and Alex Iwobi—and examine Al-Ahly’s campaign at the Club World Cup.

Fri Feb 12 , 2021
With just a few days left to the event, coach Bakhrom Norsafarov has named his squad to engage their foes, including the Africans in Alanya The Uzbekistan Football Association has named their 22-woman squad for the 2021 Turkish Women’s Cup to kick off in Alanya on Wednesday. Uzbekistan are participating […] 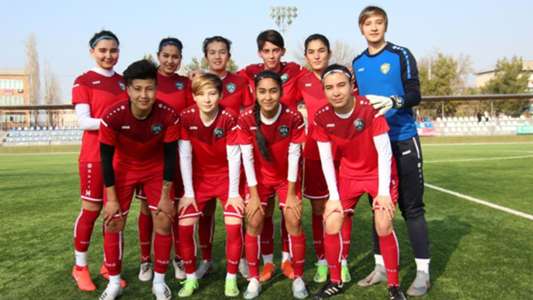