Does Samuel Kuffour truly get the credit he deserves?

There have been few African centre-backs who have featured for genuine European giants, let alone achieved the success that the Ghanaian has.

Is Samuel Osei Kuffour the most underrated African Football legend? 🤔@EddyDove and @AfricanFtbl discuss the impact of the Ghanaian in the Uefa Champions League in this podcast 📣

While the likes of Eric Bailly and Medhi Benatia have starred in the heart of the defence for European giants, neither achieved anything like the success that Kuffour did.

The former defender, now 44, joined Bayern from Torino in 1993, and after truly establishing himself in the team in 1996-97—following time on loan at Nurnberg—he embarked on a decade of major success with the German giants.

Kuffour—memorably—was a defeated finalist in the Champions League final in 1999, as Bayern were eclipsed by Manchester United’s late comeback.

However, he made amends two years later when he won the European crown with Bayern after defeating Valencia in the final.

At the time, he was only the second Ghanaian—after Abedi Pele—to conquer the continent, with Sulley Muntari and Michael Essien subsequently following in his footsteps.

Neither Benatia nor Bailly have ever won the UCL, and to date, Liverpool’s Joel Matip is the only other African central defender to get his hand on Old Big Ears.

Despite his achievements, Kuffour rarely gets mentioned in the same breath as Africa’s other big name legends.

In 2007, for Caf’s 50-year celebrations, he made the continent’s greatest 30 players list—but only in 27th—and while he made the field for Goal’s inaugural Africa Legends Cup of Nations, he was eliminated by Mohamed Salah in the Round of 16 after initially dispatching Noureddine Naybet in the First Round.

Admittedly, Kuffour didn’t have the international career of some of Africa’s other greats, although while he never even reached an Africa Cup of Nations final, he did reach the tournament with Ghana on five occasions.

Similarly, he was part of the Black Stars squad that qualified for the 2006 World Cup—the West African giants’ first appearance at the tournament—and took to the field as they reached the Last 16.

A legend, for sure, but Kuffour certainly deserves more credit, not only for being a pioneer among African defenders, but also for setting a bar that no other player in his position has yet matched.

Thu Feb 18 , 2021
The former Batoto ba Mungu member can play either in midfield or attack which the tactician believes is a plus to his team Mathare United coach Salim Ali is delighted with the signing of midfielder David Simiyu who he believes will add quality to the 2008 league champions. The Slum […] 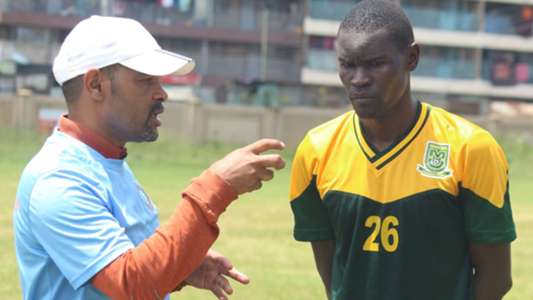