Uganda U20 head coach Morley Byekwaso has explained why they need to treat their match against Mauritania in the African Cup of Nations like a final.

After opening the tournament with a 2-0 win against the Group A opponents Mozambique, the Hippos went down 1-0  to Cameroon in the subsequent game and will now need a win against the hosts to stand a chance of advancing.

“We go into Saturday’s game like we are playing the final,” Byekwaso, who is leading the Hippos in their first-ever appearance, said as was quoted by Football256.

“Because the game against Mauritania is the only ticket to take us further in the tournament.”

Although they were defeated by Cameroon, the Ugandan tactician said he was satisfied by how they took on the Central Africans.

“I am happy that we played well against the superpowers of Africa,” he added.

“We fought and kept going though we conceded a set-piece goal in the first half that can be avoided on another day.”

Byekwaso now wants his strikers to be sharp in order to rescue their campaign in the continental competition.

“The positive in the game is that we coordinated well, this will help us as the tournament goes on, however, we have to correct a few things and empower our forwards to score more goals,” he concluded.

“I want to advance my career and maybe this tournament can offer the breakthrough for me,” Kakooza said in a previous interview.

“I want to keep working hard and my target is to become the top scorer. I also hope I can help my team move from the group stages to the next level and hopefully we can finish the tournament in a respectable position.

“It was a huge honour for me to become the first Ugandan to score at this tournament. It was the culmination of hard work since we began training.

“This has really motivated me to work even harder for the remaining matches and I am sure my dad was excited as well. I represented him well.”

The Hippos are finding themselves in a tight spot like their senior brothers who lost the second game of the African Nations Championship and ended up bowing out at the preliminary stage.

Fri Feb 19 , 2021
The Mailmen lost their fourth game in the current campaign and as a result they have 10 points from 12 matches played Posta Rangers head coach Stanley Okumbi has conceded his charges will have to improve in the defensive department to stand a chance of winning matches. On Thursday, the […] 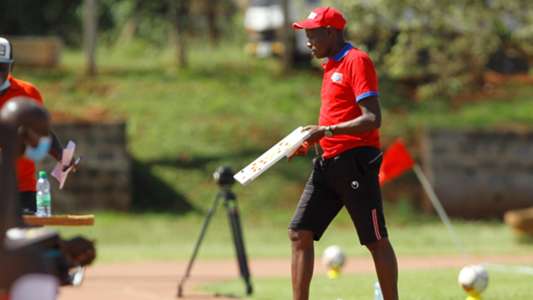