The tactician, however, said he is elated by how his charges took on the West Africans in Nouadhibou

Tanzania U20 head coach Jamhuri Kihwelo has blamed lack of experience for their 4-0 defeat to Ghana in the Africa Cup of Nations opening game on Tuesday in Mauritania.

The Black Satellites romped to a huge Group C opening win courtesy of goals from Percious Boah – who scored a brace – Abdul Fatawu who scored a sensational goal and Joselpho Barnes.

The Ngorongoro Heroes would have taken a 2-0 lead at the quarter-hour mark when Hassan Kapalata and Novatus Dismas failed to score from open chances in the 12th and in the 15th minute respectively. They were later punished by giving away possession in areas that gave Ghana the advantage to launch attacks that produced the goals.

Apart from a lack of experience, Kihwelo pointed out his charges were not as effective as Ghana were in front of goal.

“Our team fought hard and as you know it is our first time to participate in the competition,” the tactician said in his post-match address.

“But all in all, the chances we created we were unable to make maximum use of them. We hit the woodwork on a number of occasions and Ghana cleared some of our chances.

“It is not that Ghana were superior to us, no it is because they perfectly used their chances but we, on our side, were unable to utilise our chances.

“I am happy how my players played but I congratulate them for that. Ghana were more experienced than us and that is the biggest factor that contributed to our loss.”

The tactician remained confident ahead of the remaining group fixtures despite the heavy loss.

“We are in a group of three teams and we are confident we are going to do better in the remaining games,” he concluded.

“Otherwise, let me congratulate the Ghanaians for getting the first win of the tournament.”

On his part, Ghana coach Abdul Karim Zito explained why he is happy with the result they got against the East Africans.

“Ghana are being noted as slow starters in these tournaments but with this performance we’re happy,” Zito is quoted by Caf Online as saying.

“It is good to start with a win in your first game so it will propel my players to do more. The climate has affected my team because in Ghana it is very hot and it’s different.”

The Ngorongoro Heroes will face the Gambia and Morocco in their remaining games.

'No one will get rid of me, I'll decide when to go' - Atletico star Suarez confident he can play among 'football's elite' for years to come

Wed Feb 17 , 2021
The Uruguayan striker says he’s proved his doubters wrong since moving to Wanda Metropolitano from Barcelona Atletico Madrid star Luis Suarez is confident that he can continue playing among “football’s elite” for years to come, and has insisted that “no one will get rid of me” until he’s ready. Suarez […] 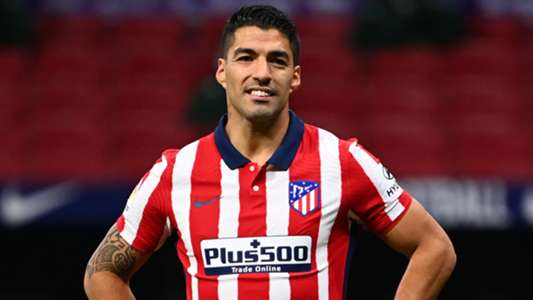