Head coach Hamza Lutalo has selected his Uganda U17 provisional squad to start preparations for the upcoming African Nations Cup tournament in Morocco.

The Cubs, as the junior side is known, will be featuring for the second consecutive time in the continental competition after winning the Cecafa trophy. They were part of the 2019 edition that was held in Tanzania.

Afcon U17 will be hosted in March 2021 with Lutalo and his players expected to start preparations in earnest.

“The players will report to camp on Tuesday 9th February and begin training the following day at the Fufa Technical Centre Njeru,” Fufa announced on Saturday.

Uganda emerged champions of the Cecafa region when they saw off Tanzania 3-1 in the final which was played in Rubavu, Rwanda in December 2020.

Pique: I will retire at Barcelona and Messi is very happy here

Sat Feb 6 , 2021
The 34-year-old says he would not feel any motivation to play for another club if he were to leave Camp Nou Gerard Pique says he plans on retiring at Barcelona, and he believes Lionel Messi is “very happy” at Camp Nou. Pique, a product of Barca’s legendary La Masia academy, […] 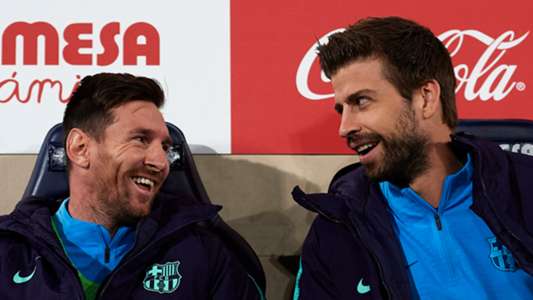