Sammy Omollo believes Gor Mahia and AFC Leopards were both over-cautious in their approach during the goalless draw in the Football Kenya Federation Premier League Mashemeji Derby.

The two sworn rivals met at the Kasarani Stadium and in the entire 90 minutes, none managed to find the back of the net. It was a contrast to what the supporters had anticipated considering the fact that both teams have been scoring in their previous games.

“The 0-0 scoreline was unexpected considering the fact that Leopards have been scoring the same as Gor Mahia,” Omollo told Goal on Monday.

“I believe both teams were cautious, they were cautious too much and it contributed to lack of many scoring chances. It was a tight game with fewer scoring opportunities.”

Despite stating the result was a fair result, the immediate former Posta Rangers coach believes the 13-time league champions have improved since last season.

“But Leopards have tried because they have been playing second fiddle to Gor Mahia in the last four years and it shows they have improved,” Omollo continued.

“But again, a derby is sweeter with goals, but it was not the case on Sunday. We missed goals.

“K’Ogalo were better in the first half, [Nicholas] Kipkirui was wasteful though which is uncharacteristic of him. They marked Rupia well, he had no opportunity to score, meaning Gor Mahia had done good homework on him.

“Both teams were not clinical in front of the goal and it took away some spark.”

Kimani left Ingwe after acting as their interim coach for the second time. When Rwandan tactician Casa Mbungo – now at Premier League side Bandari – left in December 2019, the retired Harambee Star took charge until Tomas Trucha was appointed before the current season began.

He also assumed the roles when Trucha – citing threats to life – resigned after he had led AFC Leopards to an opening 2-1 win against Tusker.

His exit now leaves Lawrence Webo – the goalkeeper coach and Tom Juma – Kenya’s retired midfielder – as the senior members of the technical bench that will now be under Aussems.

The timing of Kimani’s exit coincides with a rare point won against the Mashemeji rivals Gor Mahia. It is the first draw since the second match of the 2017 Premier League season. 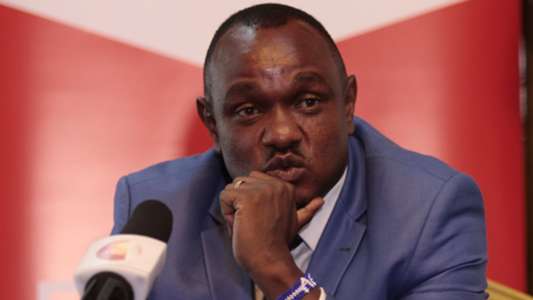