Kenya international Michael Olunga was on target yet again but his goal could not help Al Duhail SC as they suffered their first defeat against Al Shorta in the AFC Champions League on Tuesday.

Al Shorta took the lead in the third minute when Amjad Attwan scored from a powerful shot but Olunga scored his eighth goal of the competition in the 57th minute before Mohammed Dawood Yaseen grabbed the winner for the Iraqi side in the Group C contest at King Abdullah Sports City.

Though Duhail ended the game with 10 men after Medhi Benatia was sent off in the dying minutes of the game, it was Shorta who controlled the game from the onset and went ahead with only three minutes played when Fahad Youssef’s cross was deflected into the path of Attwan, who unleashed a powerful effort to beat goalkeeper Salah Zakaria.

Sensing danger, Duhail responded with some attacks of their own to level matters, and Shorta keeper Ahmed Basil was forced into two quick saves – first from Sultan al-Brake, then from Almoez Ali but the scoreline remained 1-0.at the half-time break.

On resumption, Duhail kept pressing for the leveller but they had to wait until the 57th minute when Ismail Mohamed won the ball from the middle of play, side-stepped past three players before laying a neat pass to the Kenyan striker, who did not waste time with a first time effort, to score his eighth goal of the competition, and move four goals clear at the top of the scorers’ chart.

With Duhail pressing to get a win, Shorta responded to score with six minutes remaining on the clock as Dawood controlled a headed cross from Saad Natiq to make it 2-1 and hand the Qatari side their first defeat in the competition, and also give his team their first win of the competition.

Moroccan defender Benatia was then sent off in the last minutes of added time for a second yellow card, but his exit did not stop Shorta from winning the battle.

In the other group match also played on Tuesday and at the same venue, Saudi Arabia’s Al Ahli Saudi FC and Esteghlal FC of the Islamic Republic of Iran played out a 0-0 draw.

Despite the win, Shorta will remain at the bottom of the group with three points from five matches, while Esteghlal will stay top on eight points, same as Duhail and Al Ahli, both of whom have eight points each.

Olunga and Duhail will next face Al Ahli in their sixth match on April 30. 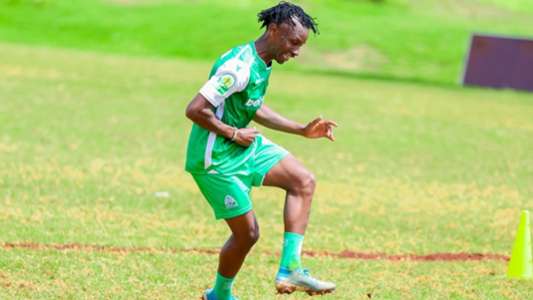