Adil Khan’s career may have been affected by injuries in the past but the Goan footballer is happy to have been able to make a strong comeback.

The 31-year-old has had more than one long-term injury setbacks during his football career but experience has taught him how to take care of his body.

The India international, during an Instagram live session with The Football Dugout, said, “I had an issue of haemoglobin for some time. I struggled for a month or two while at the academy. We had a U-17 national team camp, a coach was to come to the academy to select players and I was unlucky. Doctors told me not to play, said I might get a stroke (if I continued to play football). So I missed that camp due to that.”

He further added, “Then I started building muscles and got to know what exactly bodyweight training is. I used to feel like throwing up when trying to take food and that is when the doctors found out.”

The Hyderabad defender picked up another ligament injury in 2015 and made a strong comeback again to the national team. He has turned out to become one of the first names on the team sheet in recent years.

“I struggled to come back after the ligament injury (in my fourth season at the Sesa academy). I signed for Sporting in I-League but my rehab after surgery was not great. There was a growth inside my knee that was troubling me so I went for another surgery. That growth had damaged my meniscus. After a proper rehab, I played in the I-League in 2010 for Sporting and then got called up to the national team. That was my first comeback.

“It was difficult for me to leave football because it is my passion. I continued, scored goals, got a national team call up and picked up injuries again. I didn’t know how to maintain (my body), I was young at that time. Then I realised it doesn’t work like that. You train, and you take rest, your body needs it.”

Adil Khan has played for Delhi Dynamos and FC Pune City before signing for Hyderabad last season. Despite the Nizam’s terrible ISL debut, Adil was still a vital cog of the squad. The Goan has no regrets about his injury-hit career as he has proved his mental strength by making a strong comeback.

“I struggled with injuries. Coaches, owners gave up on me. It was difficult for me to manage all things being a young player. I didn’t have enough experience but it got better. Whatever happened, happened for a reason and I made a comeback. No regrets.”

Fri Jun 12 , 2020
The official says Ingwe should be winning against K’Ogalo since their colours represent the sky AFC Leopards chairman Dan Shikanda says there is absolutely no reason why they should be losing to Gor Mahia during the Mashemeji Derbies. AFC Leopards are yet to beat their arch-rivals Gor Mahia since 2016 […] 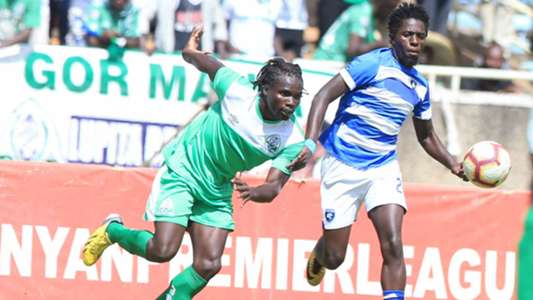