Chesterfield FC have sealed the signing of striker Adi Yussuf on loan from Blackpool until the end of the season.

The 28-year-old played on loan at Wrexham from the Tangerines this season, scoring five goals in 18 appearances in the National League, the fifth-tier of the English football league system, and Chesterfield have the option to make the move permanent when it expires.

“Striker Adi Yussuf has been secured on loan from Blackpool until the end of the season, with an option to make the move permanent,” Chesterfield confirmed on their official website.

“After scoring five goals in 18 appearances on loan at Wrexham, the 28-year-old’s spell with the Welsh club was terminated in order to allow the transfer to go through.”

Speaking after signing the deal, Yussuf told the club website: “I’m grateful to be joining a great club like Chesterfield and I can’t wait to get started. I know a few of the boys here and I’ve heard good things about the club.

“From what I’ve heard, the manager is everything a player needs from a manager. I’m at the peak stage of my career and I want to be able to give everything to the club, on and off the pitch.”

The Tanzanian forward was part of the Taifa Stars team which took part in the 2019 Africa Cup of Nations finals held in Egypt, where they were pooled alongside Kenya, Algeria, and Senegal and failed to make it past the group stage.

Born in Zanzibar, Tanzania, Yussuf began his career with Leicester City for their youth and reserve teams, but he failed to make an appearance for the club, and on May 21, 2011, with the impending expiry of his contract, he was released by Leicester.

Yussuf was called up to the Tanzania squad for the first time in August 2015 and the second time was in March 2016; however, he was unable to play in any matches due to a suspension.

He made his international debut on June 16, 2019, in a friendly match against Zimbabwe in Cairo, Egypt. 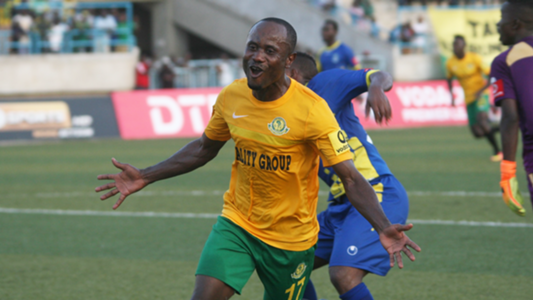