Ghana international David Titi Accam reveals he has considered bowing out of football over his career struggles in recent times.

The star of the team while with Chicago Fire, the winger’s stock has massively fallen since pursuing a move to Philadelphia Union in 2018.

His challenges have seen him change clubs two more times within the period, joining Columbus Crew in 2019 and current side Nashville last year.

“It’s been difficult; one of the most difficult periods of my life. I had never experienced anything like this before,” Accam told Citisports .

“Everyone wants to live a good life but we have to be prepared for obstacles too.

“In the last two years, I have thought about quitting the game and returning home to stay with my family because of everything going on, but I also realise I’m a breadwinner with a lot of people relying on me so I had to keep going.

“I’ve learned a lot in the last two years; how to be resilient, how to stay strong in the face of everything, and here I am, surrounded by my family and friends and I’m just happy to be alive.”

After impressing for Helsingborg, Accam left for Major League Soccer (MLS) side Chicago Fire in 2015.

He netted 33 MLS goals during his time with Fire, registering 15 assists and finishing his first two seasons as the club’s top scorer and Most Valuable Player.

The attacker accepted a new challenge at Philadelphia Union ahead of the 2018 season but struggled to replicate his Fire form for his new club, culminating in 23 league appearances involving just 13 starts and only one goal.

With limited opportunities during the first half of the 2019 season, the 30-year-old headed for Columbus Crew in search of more playing time. He made 15 outings for The Crew, started eight of the matches and scored twice before making a switch once again, this time around to Nashville, for the 2020 term.

He would make only seven league appearances and score once in his first season at his new club.

Accam’s struggles at club level have worked against his hopes of earning a call-up to Ghana’s national team for the first time since 2017.

Tue Jan 5 , 2021
The Red Devils are said to have their eye on another talented teenager, but no formal offer has been tabled for his services as yet Manchester United are, according to Independiente del Valle, yet to make a formal approach for exciting teenager Moises Caicedo. The highly-rated 19-year-old is the latest […] 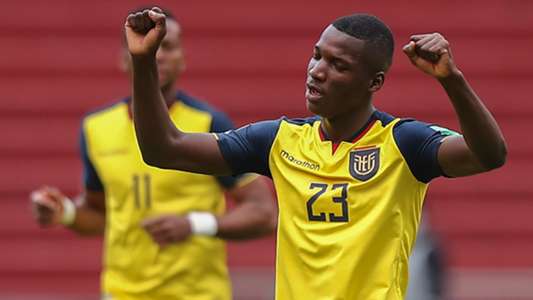