The Ivorian came up trumps in Sunday’s battling win at Benevento, and could further dampen the Old Lady’s hopes of a 10th straight Serie A title

If any game typified the growth of this AC Milan side under Stefano Pioli, it was their 2-0 success over Benevento at Stadio Ciro Vigorito on Sunday evening.

The visitors faced a barrage of attempts (25-10), ceded territory and possession (60-40) and even got a huge slice of luck in the second half when Gianluca Caprari sent a 61st-minute penalty off target despite sending Gianluigi Donnarumma the wrong way.

It was backs-to-the-wall stuff for the Rossoneri in their first game of the year largely due to Sandro Tonali’s sending off after 33 minutes. It put Milan in the lurch, but they held on for nearly an hour; adding a second through Rafael Leao minutes after half-time and then hit the woodwork through Hakan Calhanoglu and Franck Kessie in the second 45.

Throw in the fact that they were without injured pair Zlatan Ibrahimovic and Ismael Bennacer, as well as the suspended Theo Hernandez and the respect for Pioli’s team grows.

Observers had tipped the Serie A leaders to wither following the Swede’s layoff, but players like Kessie have stepped up in the talisman’s absence, thus invalidating the lazy one-man team trope that was repeated by some for the majority of 2020.

The Ghana star opened the scoring on Sunday from the spot and should have netted another to make it 3-0 with seven minutes to play, only to be denied by the post. That strike took his league tally for the season to five, with three of those coming since Zlatan’s injury against Napoli in November.

Of course, critics will rush to point out the treble of goals have come from penalties, still, it doesn’t take away from the West African’s composure in tucking away important spot-kicks against Fiorentina, Sampdoria and Benevento.

Four goal involvements (he assisted Alessio Romagnoli’s headed strike against the team from Florence) with Ibrahimovic absent takes his total contributions for the season to seven and puts him on pace to better returns in 16/17 and 18/19, where he either scored or assisted nine times.

However, Kessie’s importance to Milan can’t be measured by his output in the final third alone with the qualities in midfield, along with currently injured Bennacer, scrutinised at the backend of last season.

The pair are certainly multifaceted but will that suffice for Pioli’s troops in their run-in?https://t.co/XBZHkkEVjM

Against the mid-table new boys on Sunday, the 24-year-old harried the man in possession more times than any player on the pitch, a significant contribution given the visitors played an hour undermanned.

While Kessie also won back the ball for his side more times after applying pressure to the opponent, the most noteworthy of those 24 pressures came when he didn’t actually reclaim possession but did enough to force the home side back into their box and a penalty was won immediately after.

The battling success over Benevento wasn’t a one-off, however, with this Milan side already proving their strong-willed nature against Parma — coming from two goals down to draw 2-2 — Genoa the following gameweek — twice equalizing after falling behind — and against Lazio — where they found a late winner after throwing away a two-goal advantage.

Interestingly, this Rossoneri resoluteness was birthed in that amazing night against Juventus in early July, where Milan found themselves 2-0 down after 53 minutes but roared back to record an unforeseen 4-2 victory.

Kessie was instrumental to that comeback post-lockdown, equalizing in the 66th minute after leaving Leonardo Bonucci for dead to give Pioli’s growing team the push they needed to defeat a diminishing Juve side.

Their unbeaten run, still in its infancy at the time, stood at five after that turnround against the Old Lady but they haven’t looked back since to extend it by a further 22 games to 27 without defeat.

Pioli’s side ended last term in sixth, a staggering 17 points behind the Bianconeri who ended the campaign on 83 points, their lowest tally in a nine-year dominance of Serie A. 15 games into the new season, though, and Milan find themselves top on 37 points, 10 points ahead of the champions who sit fifth.

For a side whose objective this season was to end in the Champions League spots for the first time since 2012/13, they probably never imagined this scenario nearly halfway into the campaign.

While Juventus have a game in hand, the prospect of falling 13 points behind the resurgent Red and Blacks puts a huge dent in their title aspirations, even though Andrea Pirlo’s team will have 23 games to supplant the leaders and Inter Milan, who have looked business-like under Antonio Conte in the last eight gameweeks.

Pioli acknowledged before the Benevento clash that the hiatus was timely for his side, who were beginning to tire prior to that much-needed Lazio win in December, before rallying his troops to get even better as opponents will try harder to clip their wings.

Kessie and his colleagues have grown since beating Juventus six months ago, and securing another win over the side seeking a 10th straight Scudetto would not only put a spanner in the works to the visitors’ fading title bid, but prompt further praise for this young side proving to be greater than the sum of their parts.

‘AS Kigali walkover puts KCCA FC under no pressure’ - Aheebwa

Wed Jan 6 , 2021
The Kasasiro Boys will be at home after the first leg was awarded to them due to Covid-19 cases that were reported in their camp Kampala Capital City Authority (KCCA FC) striker Brian Aheebwa has stated they are under no particular pressure ahead of a decisive Caf Confederation Cup tie […] 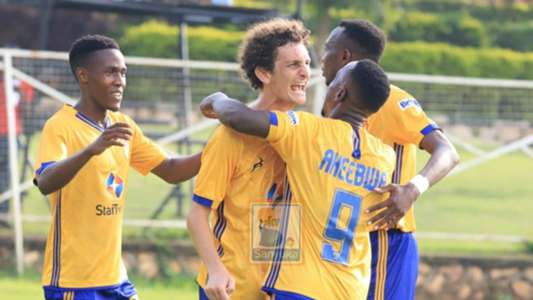