Franck Kessie is confident AC Milan can secure a win in their derby against Inter Milan on Sunday and climb to the top of the Serie A table.

The Ivory Coast international has been making key contributions for the Red and Blacks this season, scoring seven goals in 21 league games.

His impressive performances ensured Milan’s second place on the Serie A table with only one point below league leaders Inter.

Ahead of their crucial encounter with Antonio Conte’s men at San Siro, Kessie is upbeat the Red and Blacks can leapfrog their arch-rivals to the top of the Serie A with victory in the encounter.

“There are still many games left. And it seems that there are many difficulties, but we will win the derby and return to the top of the table,” Kessie told Gazzetta dello Sport.

“We are a group that has grown in difficulty and we believe in the championship.”

Kessie is also backing Zlatan Ibrahimovic to continue to take the Milan penalty despite missing a number of his strikes from the spot this season.

“If there is a penalty, Ibra will take it and he will be happy with the result,” Kessie continued.

“From a technical point of view he is unsurpassed and as a teammate, he always gives you something more.”

Kessie has been with Milan since the summer of 2017 when he teamed up with the side from Atalanta, where he spent two years.

The midfielder has since been delivering consistent performances for the Red and Blacks, featuring in more than 140 games across all competitions.

In the current campaign, the Ivory Coast international has made 31 appearances across all competitions for Milan.

The midfielder will hope to continue his impressive displays against Inter and help his side return to winning ways after a two-game winless run, including a defeat to Spezia.

Kessie is also a prominent member of the Ivory Coast national team and will be expected to feature in their 2022 Africa Cup of Nations qualifiers in March.

Sat Feb 20 , 2021
The Saints are under pressure after losing their sixth-straight Premier League game on the bounce last time out against Wolves. Ralph Hasenhuttl’s men are under litle threat of relegation, but he will be determined to guide his side out of their dire run sooner rather than later. However, Southampton face […] 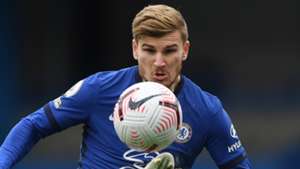