The 19-year-old is in demand and he is keen to secure first-team football elsewhere, though he still sees his long-term future at the Allianz Arena

AC Milan are one of four clubs interested in signing Bayern Munich starlet Leon Dajaku, Goal and SPOX can reveal.

Union Berlin, Cologne and Nice are also hoping to sign the 19-year-old forward. All four clubs are hopeful of striking a deal to sign Dajaku on loan with an option to buy, with the attacker keen to leave Bayern in the short term to secure regular first-team football.

Formerly of Stuttgart, Dajaku joined Bayern in 2019 but has featured primarily for the club’s reserve side, which currently plays in the third division.

He made two brief appearances in the Bundesliga last season but his only action for the first team in 2020-21 so far has been a 30-minute cameo against minnows FC Duren in the first round of the DFB-Pokal.

However, while all of the interested clubs would like to sign him permanently, Dajaku still sees his long-term future at Bayern and would prefer to leave on a straight loan deal.

Bayern II coach Holger Seitz has mainly used Dajaku as a left winger, but he has featured on the right and through the centre. He was absent from the 2-0 win over SV Meppen on Tuesday due to the uncertainty around his future.

Dajaku has not yet made his mind up as to where his future lies, but a decision is expected by the end of the week.

Fifth-placed Union Berlin and 16th-placed Cologne would, of course, afford Dajaku the opportunity to remain in the Bundesliga, but the pull of Serie A leaders AC Milan is obvious.

Nice may have an advantage as Dajaku could reunite with his former Bayern team-mate Flavius Daniliuc. The pair were two of only four players living together on the Bayern campus during lockdown in the spring of 2020, before the Austrian defender left for France. After some early struggles, Daniliuc is now a regular starter for the Nice first team, which could appeal to Dajaku.

The winger was close to leaving Bayern in the summer. Sheffield United, Swansea and Sassuolo were among the clubs interested and his representatives travelled to England in September to hold talks, but no move was ultimately finalised.

Santos vs Boca Juniors on US TV: How to watch and live stream CONMEBOL Copa Libertadores

Wed Jan 13 , 2021
A first-leg stalemate at the Bombonera has left this semi-final tie wide open, as Palmeiras await in the showpiece The CONMEBOL Copa Libertadores has reached its semi-final stage, as the delayed 2020 competition nears its end. And Wednesday will decide who goes on to meet Palmeiras in the final itself: Santos […] 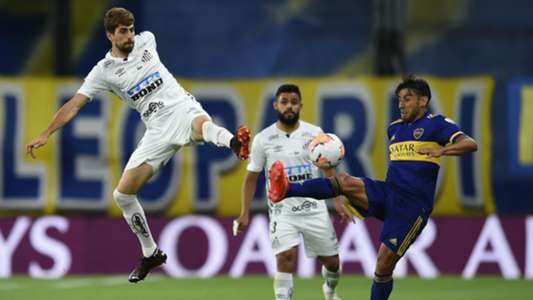