K’Ogalo have also re-signed former skipper Haron Shakav,a who was a free agent after parting ways with Nkana FC

Gor Mahia have completed the signing of midfielder Abdul Karim Nikiema Zoko to bolster their squad.

The midfield department has been problematic for K’Ogalo and it is one of the departments they are strengthening. The Football Kenya Federation Premier League reigning champions confirmed the arrival of the Burkinabe on Tuesday evening.

“Abdul Karim Nikiema Zoko from Burkina Faso is the latest player to join us,” Gor Mahia confirmed through their social media outlets.

“The midfielder from Gandzasar Kapan FC of Armenia signed a two-year deal.”

Abdul Karim Nikiema Zoko from Burkina Faso is the latest player to join us; the midfielder from Gandzasar Kapan FC of Armenia signed a two-year deal.#Sirkal pic.twitter.com/EwgZZSfGfY

The 27-year-old comes with massive experience having played for Fetteh Feyenoord of Ghana in the 2016/17 season before Ethiopian heavyweights Saint George came for him.

Earlier on, the club confirmed the arrival of their former skipper Haron Shakava.

The towering defender has joined K’Ogalo on a two-year contract, just four days after he parted ways with Nkana FC of Zambia.

Gor Mahia secretary-general Steve Ochola has confirmed to Goal they have moved to sign the defender on request from the team’s technical bench, who has been complaining about their leaking defence.

“We have finished the deal with Harun [Shakava] and he is now our player again,” Ochola told Goal on Tuesday. “We have handed him a two-year deal and we are happy to have him in the squad again.

“We hope his experience will help the team do well in the FKF Premier League and also in the Caf Confederation Cup, where we want to go past the group stage.”

Ochola further said they are happy the player will be eligible to feature in Confederation Cup, hence the decision to re-sign him.

“He is eligible to play for us in the Confederation Cup and it is another reason why we felt he can be of help to us, we want to use his experience at the backline which has not been performing well in recent matches,” Ochola continued.

Shakava left Gor Mahia in 2019 to sign for the Zambian outfit.

K’Ogalo are taking part in the Caf Confederation Cup after they performed dismally in the Champions League, where they lost 8-1 on aggregate to Algerian side CR Belouizdad.

Tue Feb 2 , 2021
Ahead of the Blues’ Conti Cup semi-final, reports suggested that the three-time Women’s Super League champion was on the Dons’ shortlist Chelsea manager Emma Hayes believes there need to be more conversations about diversity in football after reports emerged linking her with the job at League One club AFC Wimbledon. There […] 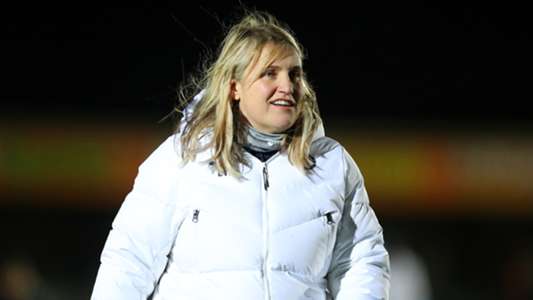