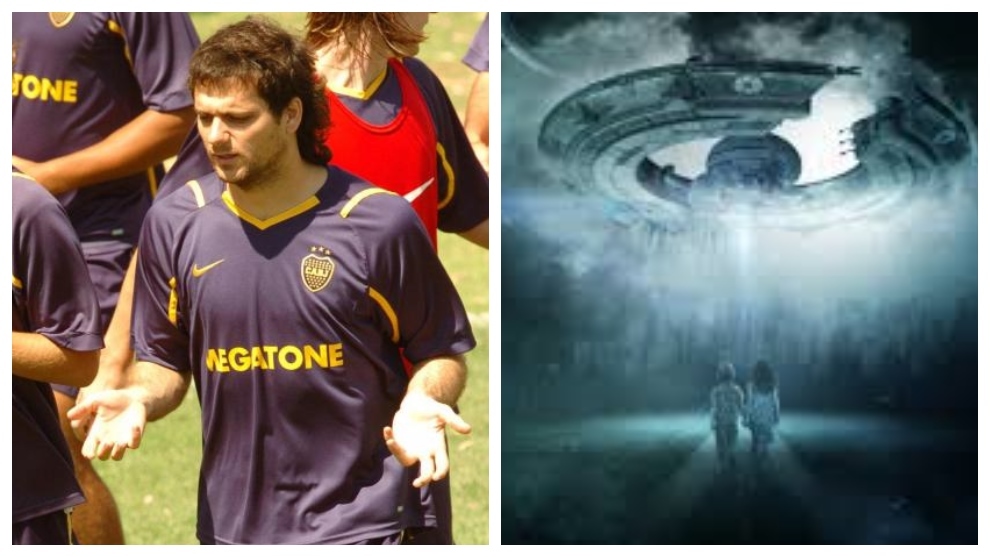 Gustavo Lorenzetti has recalled a hilarious story involving Guille Marino, a former teammate of his at Universidad de Chile.

The Argentine-born midfielder remembered the day when Marino said that he was late for training because he had been abducted by aliens.

“One day he was late [for training] and said that some aliens had abducted him, and he gave an explanation of what he felt and everything,” Lorenzetti recalled.

“He said that he was lost and they kidnapped him.

“He explained that they take your soul, they analyse it and meanwhile they are taking care of you.

“I believed him because Guille is one of those serious people.

“He is very believer and he reads many books.”

Max Kellerman the pale white rapper back in 1994

Tue Jun 16 , 2020
Photo: nepatriotslife.com One of the hosts of ESPN’s First Take Max Kellerman proves white boys can rhyme too droppin furious rhymes as he launched his assault on the rap game with his verse in ‘Young Man Rumble’ back in 1994: Previous articlePanathinaikos has reportedly made an offer to Dimitris Diamantidis […]