Western Stima have appointed Abdalla Juma as their new coach to replace Paul Ogai, who was fired, a couple of days ago.

The Kisumu-based side has been inconsistent in the league this season, and have collected just five points from the nine games they have played. It is for this reason the team had to make changes to change their fortunes.

“We have appointed [Abdalla] as our new coach effective immediately,” Stima chairman Laban Jobita confirmed to Goal on Tuesday.

“As a club, we have decided to hand him a two-year deal. We are confident he will help us perform well and help the team reach the set objectives. Having coached top teams in the country, I am confident he will deliver.”

The veteran tactician had initially coached top-tier teams AFC Leopard, KCB and Talanta who are currently plying their trade in the National Super League. He comes into the club as a free agent.

“We will support him in every way possible to try and help the team get back to where it is supposed to be,” Jobita added.

“He will have a look at the players before deciding where to strengthen. It will be up to him to know who remains and who goes.”

Earlier, the administrator had revealed Powermen will have to strengthen since the current players cannot get the players off the danger zone.

“We must bring in new players in the short transfer window,” Jobita told Goal.

“I am waiting for the report from the technical bench and then we implement it as soon as possible.”

Currently, the team has 30 players and the administrator has hinted more than 10 will be released to create space for a few new ones.

“We want to have a total of 22 players as opposed to the current number,” he added.

“The 22 players will include those we are signing but for us to do so, we have to release others. We want to perform well in the remaining matches of the season and we must have players who will help us achieve the same.”

Tue Feb 2 , 2021
The Brazilian says he would “end up exploding” if he focused all of his energy on football 100 per cent of the time Neymar has dismissed his “immature” tag and insisted he is well aware of his responsibilities at Paris Saint-Germain, but has also vowed to “never stop” partying. PSG […] 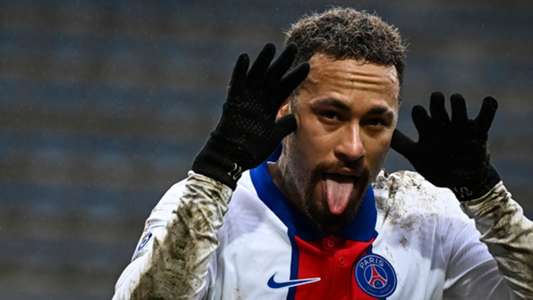