The 26-year-old has been enjoying regular football this season, reportedly sparking interest from his ex-employers

Cape Town City have extended the contract of utility player Abbubaker Mobara by a further two years amid reports his former club Orlando Pirates are preparing for a bid to bring him back to Gauteng.

After spending three seasons at Pirates before his departure in July 2019, Mobara’s game time in his first season at City was limited by injuries but he has managed to shake that off this season.

Mainly playing as a centre-back, he has featured in nine Premier Soccer League matches, contributing an assist and a goal, interestingly, against his former employers the Buccaneers who are reportedly keen to sign him again.

But City have shown faith him with two more years added to his deal.

“The club is delighted to confirm that we have exercised the option to extend the contract of defender Abbubaker Mobara. He signs until June 2023,” announced City on Tuesday.

| The club is delighted to confirm that we have exercised the option to extend the contract of defender Abbubaker Mobara. He signs until June 2023
⠀#iamCityFC pic.twitter.com/pTZf2t7vaV

Since arriving at City, Mobara has won the faith of all the coaches he has worked under.

Signed by Benni McCarthy, he continued with some impressive showings following the arrival of Jan Olde Riekerink although fitness issues limited him to 13 appearances across all competitions last term.

His versatility appears to work in his favour as he has been played as a defensive midfielder, centre-back and central defender.

Cape Town City have been active during this January transfer window, also extending the contract of midfielder Craig Martin by another three years.

Interestingly just like Mobara, Martin is reportedly on the radar of Pirates since late 2020.

Before the player put pen to a new contract, City were understood to have been reluctant to lose the winger whom they slapped a R44 million price tag on.

It is yet to be seen if Pirates will resume their reported interest in Mobara and Martin during the next transfer window.

This paved the way for the departure of Prince Opoku Agyemang whose loan spell was cut short after struggling to impress and he was sent back to his Ghanaian parent club Medeama SC.

Tue Feb 2 , 2021
Another change in the dugout has been made at Stamford Bridge, with the struggles of big-money signings contributing to the demise of a club icon Frank Lampard would still be Chelsea manager had he snapped up Jack Grealish in the summer transfer window of 2020, claims Blues legend Alan Hudson. […] 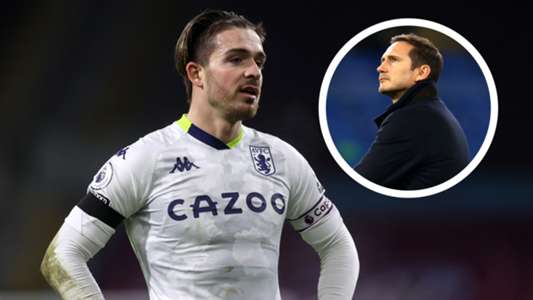