The Tanzanian government has warned venues that will not adhere to set health guidelines during Mainland Premier League matches will risk being banned from hosting the same.

Tanzania are set to become the first country in the East African region to resume their top-flight which was halted in mid-March after the outbreak of the coronavirus pandemic.

The league is now set to resume on Saturday with Young Africans (Yanga SC) taking on Mwadui at the CCM Kambarage Stadium, while Coastal Union will welcome Namungo FC at the Mkwakwani Stadium in Tanga.

The government had already put in measures to be followed by teams and stadium managers to make sure that they help curb the spread of Covid-19.

The Permanent Secretary in the Ministry of Information, Culture, Arts, and Sports, Hassan Abbasi has now warned that no health irregularities will be tolerated and whoever will break the laws will be dealt with.

“Other countries have not managed to resume their leagues, while those which have decided to continue are doing so without supporters,” Abbasi is quoted by Daily News.

“Here, the State has allowed people to go and watch live the games by following health safety guideline protocols and what else do you want to be given?”

Abbasi continued: “We will not hesitate to ban stadia that will not follow the laid down rules, everyone must follow the rules as stipulated.”

Some of the tough measures include committing stadium managements, sports associations and federations to install facilities that will allow to put in place running water and soap as well as sanitizers while insuring everyone involved uses them before entering venues.

Opening entry gates early will also be mandatory, so as to avoid overcrowding and allow fans to maintain a one-metre distance while entering the venue, seating arrangement should also adhere to one-metre distances.

The fans, team officials, journalists, and all other stakeholders involved would also be required to wear face masks throughout when at the venue.

The government has also warned against wild celebrations, saying any goal scored should not invite hugging, while the exchange of jerseys at the end of the match and handshake (before and after the match) will also not be tolerated.

Sat Jun 13 , 2020
A former Red Devil is confident that his old club will secure a return to the Champions League given the wealth of talent within the squad Manchester United “should make the top-four” come the end of the season, according to Rio Ferdinand, who says he has “never lost faith” in […] 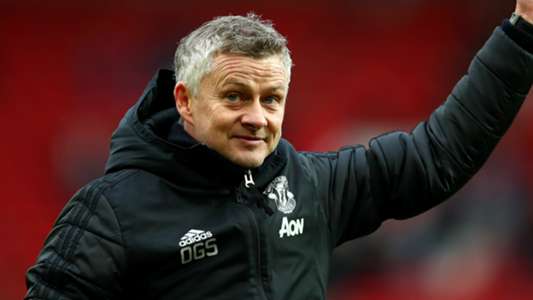