The 40-year-old former Bafana Bafana captain replaced Vasili Manousakis, who is reportedly on his way to join AmaZulu as Benni McCarthy’s assistant coach.

“The club is delighted to confirm the appointment of Aaron Mokoena as Cape Town City Football Club assistant coach. The most capped player in South African history, officially a Citizen. Welcome Mbazo,” City announced on Monday.

The club is delighted to confirm the appointment of Aaron Mokoena as CTCFC assistant coach.

The Boipatong-born retired defender spent 13 years playing in Europe, highlighted by a stint in the Premier League where he turned out for Blackburn Rovers and Portsmouth.

He also played in Germany for Germinal Beerschot and the Belgian top-flight for Genk.

Since winding up his playing career at Bidvest Wits in 2013, Mokoena’s only big job was a spell as Bafana Bafana team assistant manager in 2017 and the City job would be his first-ever coaching role.

He is reunited with Riekerink, who coached him at the Ajax Amsterdam reserve side in the late 1990s and early 2000s.

“I always felt that Cape Town is like Europe and I have been in Europe for half of my life,” Mokoena told Cape Town City’s media.

“I am from the dusty streets. I played armature football in Boipatong. I am the most capped footballer in the history South African football. It’s not easy to play abroad. One thing that is frustrating in Europe is not to play. That’s why we find a lot of South African players coming back home.

“I would love to guide them. Coming to join such a massive club, the relationship that I had with my ex-coach Jan Olde Riekerink in the days at Ajax Amsterdam makes me already feel at home.”

City have, however, played a game fewer than the defending champions.

Having started work on Monday, the former South Africa skipper is expected to be on the bench in Tuesday’s league match away at second-placed Swallows FC.

Mon Jan 4 , 2021
The Reds were in the market for another centre-half back in 2003, but saw Roman Abramovich scupper any hope they had of landing a future Blues icon John Terry was open to the idea of joining Liverpool in 2003 claims Phil Thompson, with the Reds ready to do a deal […] 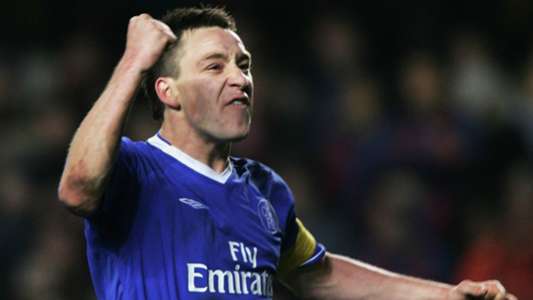